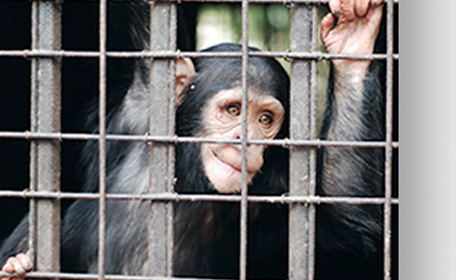 We are delighted to welcome Piper Hoffman to Our Hen House as a guest reviewer. Today, she gives us her take on Ethics and Animals: An Introduction by Lori Gruen (Cambridge University Press, 2011). 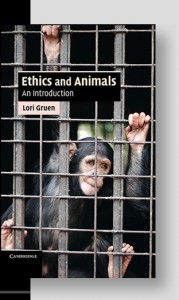 “Ethics and Animals: An Introduction” by Lori Gruen

If experimenting on 100 non-human animals would save 1,000 humans from suffering and death, is the experiment ethical?

If you believe it is wrong to eat eggs from hens locked in battery cages, is it ethical to eat eggs laid by hens who enjoy free-roaming, natural, species-appropriate lifestyles?

Wesleyan philosophy professor Lori Gruen’s new book, Ethics and Animals: An Introduction, offers readers the tools to answer such questions in intellectually and ethically coherent ways. Ethics introduces readers to the many ways humans use animals, and to the schools of ethical thought that we can use to evaluate the morality of this use. As a vegan and animal advocate, I have struggled with some of the questions that Gruen analyzes; her rigorous approach doesn’t always yield iron-clad answers, but it is does offer thought-provoking guidelines.

Gruen opens with a chapter dismantling the myth of “Human Exceptionalism,” the belief that humans are somehow unique among and therefore superior to all other fauna. She takes on many arguments that exceptionalists have used to distinguish humans from all other animals, including tool use, language use, self-awareness, and morality, by describing one empirical study after another proving that none of these traits is unique to humans. “Human exceptionalism, as an ethical position, is untenable,” she concludes.

Gruen then turns to the schools and tools of ethical thought that we can use to evaluate whether humans are justified in treating other animals differently from ourselves. She writes in clear, accessible language about the elements of each philosophy and the differences among them. Still, the subject matter is complex, and her discussion sometimes falls prey to a hazard common to introductory books: because she has room only to skim the surface of each school of philosophy, her explanations occasionally raise more questions than they answer. Even so, they provide a valuable overview of the range of philosophical thought applicable to the relations between humans and other species.

Ethics draws the line of moral consideration around beings whose “lives can go better or worse for them.” These are “sentient beings who have interests and well-beings. They can be harmed when their interests are thwarted and their wellness is undermined,” and therefore are entitled to moral consideration. Gruen introduces four major approaches to evaluating how humans as “moral agents” should or must treat beings entitled to moral consideration: utilitarianism, rights views, feminist ethics, and the capabilities approach. The first two are represented by names familiar to animal advocates: Peter Singer’s Animal Liberation is probably the seminal utilitarian work on human treatment of animals (and was an important catalyst in my move from vegetarianism to veganism), and Tom Regan is a leading proponent of animal rights. The feminist ethicists Gruen discusses include Josephine Donovan and Carol Adams, and the work of Martha Nussbaum, the inimitable jack-of-all-scholarly trades, introduces the capabilities approach (full disclosure: as an undergraduate at Brown University I studied with Professor Nussbaum and believe that she is among the greatest thinkers of our time; the fact that she has turned her attention to the moral entitlements of non-human animals is a coup).

Gruen’s goal in Ethics is to “draw on the resources of these frameworks in discussing the ethical claims animals make on us in a variety of contexts.” She discusses each of those contexts in detail, concisely but powerfully conveying the horror of each form of human exploitation of animals and then applying the tools of ethical analysis to each one. Animal advocates may be frustrated that she does not conclude each discussion with an unqualified denunciation of the gruesome practices she describes, but she never fails to grant animals moral consideration.

The question of using non-human animals for food is a good example. After describing factory farming with gut-wrenching specifics, she asks whether vegetarianism is “ethically required,” and concludes only that “ethical justifications for killing [animals] for food, when it is not necessary to eat them, . . . remain questionable.” But she asserts that non-human animals unequivocally “warrant ethical attention,” and finds killing them for food “questionable” only if they receive that ethical attention and humans “significant[ly] reorient [their thinking about and treatment of] other animals.” The implication is that so long as the overwhelming number of animals raised for food continue to receive no ethical attention, killing them for food is unjustifiable. Though some activists may prefer a stronger condemnation of eating animals, Gruen’s measured and thoughtful consideration of competing views and interests lends her arguments a certain weight that could help shift mainstream debates towards the conclusions that activists favor.

The other contexts of animal use that Gruen analyzes include experimentation (“As long as animal interests are not taken into account and experimenters are unmotivated to change, it seems ethically reasonable to oppose animal experimentation”), captivity (“There may be no ethical way to rectify the wrong we have done” by taking animals into captivity, but given that we are holding animals captive, we are obligated “to attend more carefully and systematically to” their needs), and animals in the wild (the conflicts that arise between humans and wild animals prove too ethically and pragmatically difficult to admit of a single facile prescription).

The last chapter is perhaps the most interesting for animal advocates as it addresses the competing approaches to activism. Gruen explains the divide between “welfarists” and “liberationists” and the schism among liberationists around pragmatism versus abolition. Gruen herself appears to be what she would call a pragmatic liberationist, criticizing “[a]bsolutist commitments and demands for purity” as “not just strategically ineffectual, but [possibly] self-defeating,” and denouncing welfarists as “more or less committed speciesists.”

Illustrating the approaches to activism with descriptions and evaluations of actual campaigns, Gruen keeps this chapter practical. She closes by cautioning that animal activists may “want so much to be righteous [and] believe so deeply in their righteousness, that they think whatever they do must be righteous.” To avoid this pitfall, Gruen offers activists a guide to subjecting our ideologies to rigorous intellectual analysis, which can only make us more persuasive and effective in our struggles on behalf of non-human animals.

For me, Ethics was a useful though difficult book to read. Gruen’s descriptions of humans’ use and abuse of other animals can be heart-breaking, especially when she brings the statistics to life through stories of individuals. But it is these appalling facts that make otherwise academic debates among ethicists urgent and relevant. Gruen makes ethical arguments matter, even in situations that seem morally clear. 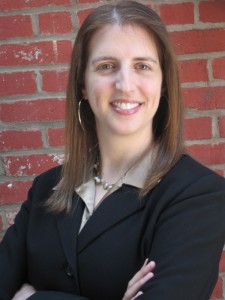 Episode 77: “…take out of our desires and our visions a template or a pattern for the future.”