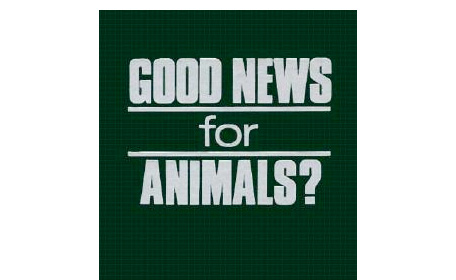 Does Christianity require, or provide any support for, a human obligation to treat animals well? 14 theologians and thinkers take on this thorny question in the essay collection Good News for Animals? Christian Approaches to Animal Well-Being (Wipf and Stock Publishers, 2008), edited by Charles Pinches and Jay B. McDaniel. As a whole the book strongly suggests that Christians have a responsibility to work towards improving non-human animals’ lot. 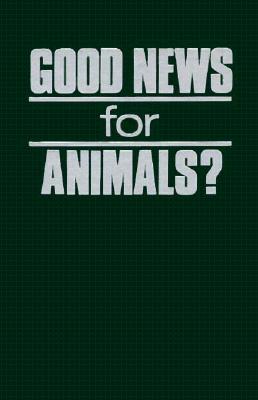 Most of the essays turn to the biblical bookends of creation and the end of days for guidance in their analyses and proof for their conclusions. The story of creation in Genesis portrays the Garden of Eden as a paradise in which all lived in peace and everybody ate only plants. Eating and otherwise abusing animals is traced back either to the Fall (i.e., Eve eating the apple) and subsequent expulsion from Eden, or to the covenant God made with all animals after the famous flood that earned Noah a place in the canon. At the other end of the timeline, the prophet Isaiah describes the World to Come as a serene love-in where the “wolf shall dwell with the lamb, and the leopard shall lie down with the kid,” calves and bear cubs “shall lie down together; and the lion shall eat straw like the ox.” (11:6-7; emphasis added.) After the Messiah arrives, even lions will eat vegan.

Some of the writers find their inspiration in less religious sources. In “Men, Women, and Beasts: Relations to Animals in Western Culture,” Rosemary Radford Ruether, though a noted theologian, relies largely on evolution and history to conclude in essence that the traditional notion of God is a human invention and that our species is “a cancerous growth on the planet.” Gary L. Comstock focuses “Pigs and Piety: A Theocentric Perspective on Food Animals” on his personal experience, environmental theory, and philosophy in his argument for vegetarianism.

Eating animals is not the only abuse of animals that the book identifies. Various writers address laboratory research and forced animal labor in the entertainment industry. Humans’ destruction of the planet’s environment, and with it the habitats of so many non-human species, is a central concern in many of the essays. Different writers interpret humans’ biblically conferred “dominion” over the earth in different ways, many of them deducing that it means we should protect and preserve the environment and the animals whose lives depend on the availability of undeveloped land.

“Good News‘s” contributors tend to oppose the philosophy of animal rights, particularly as articulated by Tom Regan (whose essay “Christianity and the Oppression of Animals” ends the book, giving him the final say). One of the most robust critiques appears in the essay “A Trinitarian Theology of the ‘Chief End’ of ‘All Flesh,'” by Stanley Hauerwas and John Berkman. They argue that if rights depend on social contracts, animals are disqualified from holding rights because they are not capable of entering contracts. But in the end the authors’ rejection of “the language of rights” is religious: “[a]ny appeal to rights pales in relation to the peace and love of Christ to which the Christian is called.”

This is one illustration of the fact that this book is written for practicing Christians. Essayists toss around words like “witness” and “confess,” which have different meanings in Christian discourse than they do in everyday usage. People committed to improving humans’ treatment of animals should consider giving Good News to an observant Christian friend or relative who may be left cold by secular, philosophical approaches, but swayed by theological arguments on behalf of animals. But they shouldn’t rule out reading the book themselves. I am not Christian or well-versed in Christian theology and, in places, this made the book a tough slog, but on the whole I found it interesting, educational, and occasionally even inspiring.   ..

Episode 109: “The love of all living creatures is the most noble attribute of man.”