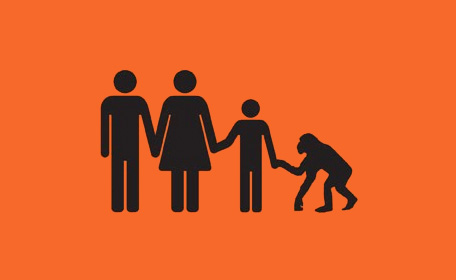 We’re delighted to welcome to Our Hen House guest reviewer Jena Mazzio, who gives us her take on the young adult novel, Half Brother, by Kenneth Oppel. 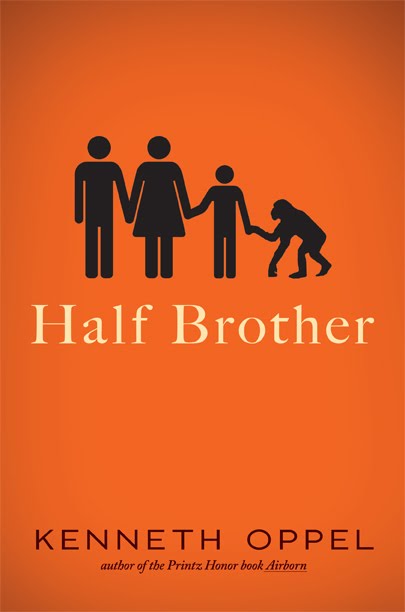 “Half Brother” by Kenneth Oppel

Ben and Zan are loving brothers, of a sort. Ben Tomlin is a 13-year-old boy, growing up in Canada in 1973 and experiencing everything that life as a 13-year-old boy entails: teenage angst, getting into trouble, rebelling, noticing girls and learning life’s hard lessons.

Zan is an infant chimp, literally pulled from his mother’s breast at just eight days of age. Born in a research facility, he is now being raised as part of a human family – Ben’s family – for a university experiment on primates and language, which Ben’s father is leading.

In Half Brother, a novel for young adults told through the eyes of Ben, author Kenneth Oppel gives readers a vivid and intimate glimpse into the Tomlins’ family dynamics and, more importantly, reminds us of the perils, for both humans and animals, of thoughtless anthropomorphism and animal exploitation.

The Tomlins’ experiment, typical of many actually performed in the 1970s, aims to discover if, indeed, another species can be taught to understand and communicate in human language. From the very first day Zan is with their family, Ben’s parents are straightforward with him about what the experiment is to entail. His father stresses the importance of Zan being brought up to believe that he, too, is a human. Zan wears clothes, eats at the table with the Tomlins, and plays with Ben’s toys, as any human child would. The Tomlins teach Zan how to communicate using American Sign Language; ‘Up’, ‘Drink’, ‘Give’, ‘More’, ‘Eat’, ‘You’, and ‘Me’ becomes Zan’s vocabulary, and, before long, he is regularly signing to get what he desires.

Ben understands the experiment. However, he is increasingly baffled by the stark contrast between his father’s and his mother’s interactions with Zan. His father, opposed to even giving Zan a name, takes a very methodological approach. He never deviates from the guidelines of the experiment, and has little patience for anyone or anything that challenges his ideas of how the experiment should be carried out. His mother, on the other hand, is more nurturing. She recognizes that Zan’s needs extend beyond what is offered by the strict confines of the experiment and tries to be a mother figure for Zan, while at the same time not compromising the experiment. Ben’s struggle with this dichotomy and with his own growing feelings for Zan become one of the central themes of the book.

As Zan grows in both size and strength, and the experiment becomes more difficult to maintain safely, Project Zan begins to spiral out of control. At this point, Ben finds an ally in Peter, one of the student research assistants working on the project. Like Ben, Peter sees Zan for what he truly is – a living being with real needs and emotions. With Peter, Ben attempts to find a way out of what has become a tragic trap for Zan.

Half Brother takes the reader on an emotional journey that follows Ben’s developing relationship with an animal. From a starting point of selfishness and a total lack of compassion and understanding, Ben ultimately experiences a deep change of heart. It was beautiful and inspiring to watch Ben’s cold reaction to the baby chimp he referred to as his ‘freaky little brother’ turn into a very loving relationship with Zan.

At times, Half Brother had me literally laughing out loud, a few scenes brought tears to my eyes, and still other parts had me questioning the way in which I treat my own companion animals. It is intended as a young adult read; however, the themes of compassion and exploitation that are woven into the plot transcend age boundaries. Ben’s struggles throughout the story are ones we can all relate to, and the love and compassion he maintains for Zan can inspire us all to act on behalf of those who are voiceless. 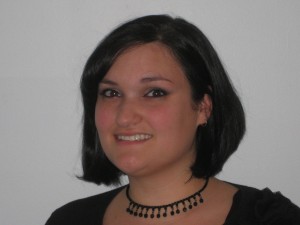 Jena Mazzio is a newly-turned ethical vegan. She lives in New Jersey with her husband and rescue animals — a cat and two dogs. Jena is currently having a blast discovering and writing about the many vegan products available today, on her blog, Vegans Have Taste Buds, Too!