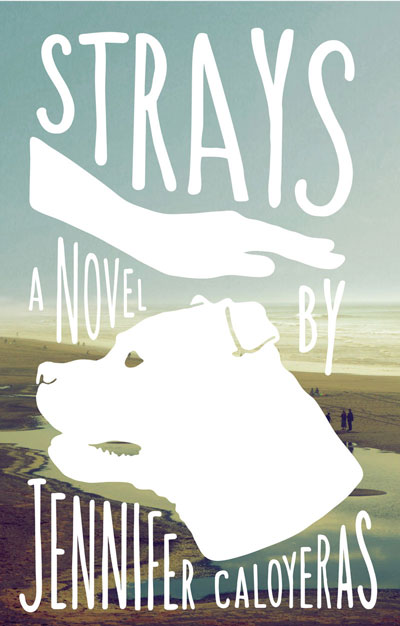 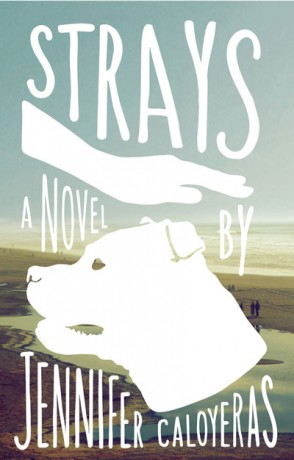 If I had read this book as a kid, I’m certain I would have begged my parents for a dog — preferably one with three legs. My wish might not have been granted, but I still would have made two new friends in Iris Moody, a sixteen-year-old girl, and Roman, the abused pit bull she helps to rehabilitate.
The new young adult novel, Strays (Ashland Creek Press, 2015), is the story of a young girl who has put up so many walls that she can’t see the light beyond them. Iris lost her mother in a drunk-driving accident, her grief-stricken father has taken refuge in his work, and she’s been dumped by her boyfriend. Anger becomes Iris’s own dark refuge, until she acts out in the wrong place and against the wrong person, landing herself in jail. Her lawyer manages to get Iris a sentence of community service at the Ruff Rehabilitation clinic, unaware of her intense fear of dogs. When she is handed the leash to a scarred pit bull who has been rescued from a dog-fighting operation, all she can see is a stocky brown thing that “looked like a bicep with legs and (wore) an expression on his face like he was hungry … for flesh.” Iris is ready to book it out of there. But she stays, and readers of Strays will be glad she does.
I thoroughly enjoyed this novel. It is most suitable for middle to early high-schoolers, but adults will also be swept along by the story and the author’s authentic voice. Iris is a well-developed character, as are many of the other troubled teens she meets at the dog center. There’s Talbot, a gregarious wild-child with pink streaks in her hair, who has built a devil-may-care persona that belies her loneliness. And Oak, a scowling young man, hiding behind the hoodie he wears pulled low over his brow even in the summer, who reveals his capable, generous nature as the story progresses.
The dogs rehabilitated by the teens are not drawn as distinctly. But that actually added to my appreciation of the book. Author Jennifer Caloyeras doesn’t anthropomorphize Roman or the other dogs at Ruff Rehabilitation. They are given no unusual powers to “save” their troubled teen handlers. They scratch and startle and tug on the leash like all dogs. What Iris learns about working through her problems, she learns by allowing caring humans to help her. It is in this process of learning about herself that she is able to open her heart to Roman and give him the chance for a better life. And that is a healing potion in and of itself.
I wholeheartedly recommend this book. Caloyeras captures the angst and discomfort of teenage years, especially for kids who have had a rough childhood. And she weaves into the story some very real dogs, each of whom has come from a punishing life. They are all strays of sorts. And there is hope for all of them.
***

Robin Lamont is an animal activist and writer, living in New York’s Hudson Valley. And she’s a regular contributor on Our Hen House.  Learn more about Robin and The Kinship Series.

Animal Law Podcast #74: The Case of the Water-Guzzling Slaughterhouse

Flock Only: There is No Activism That Doesn’t “Count”