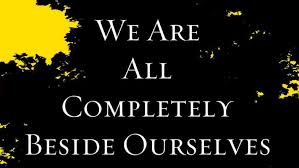 When more than one person emails you and tells you have to read a particular book, your ears perk up. When a whole flock of people go out of their way to tell you that this book will change your life, you sit down and read it. We Are All Completely Beside Ourselves is one of those books, and I’m thrilled that writer and professor Melissa Tedrowe agreed to review it. Don’t miss this review. Don’t miss this book.
***
Book Review: “We Are All Completely Beside Ourselves” by Karen Joy Fowler
Review by Melissa Tedrowe
There are books that you visit. Such books provide a pleasant-enough interlude from regular life, allowing the reader to dip in, walk away, dip in again. Then there are books that grab you by the wrist and yank you deep inside. You live here now, they seem to say. Immersed in such books, sleep becomes irrelevant, bathroom breaks an annoyance, food all but forgotten. We don’t so much finish these books as emerge from them, blinking our eyes and knowing we’re changed. 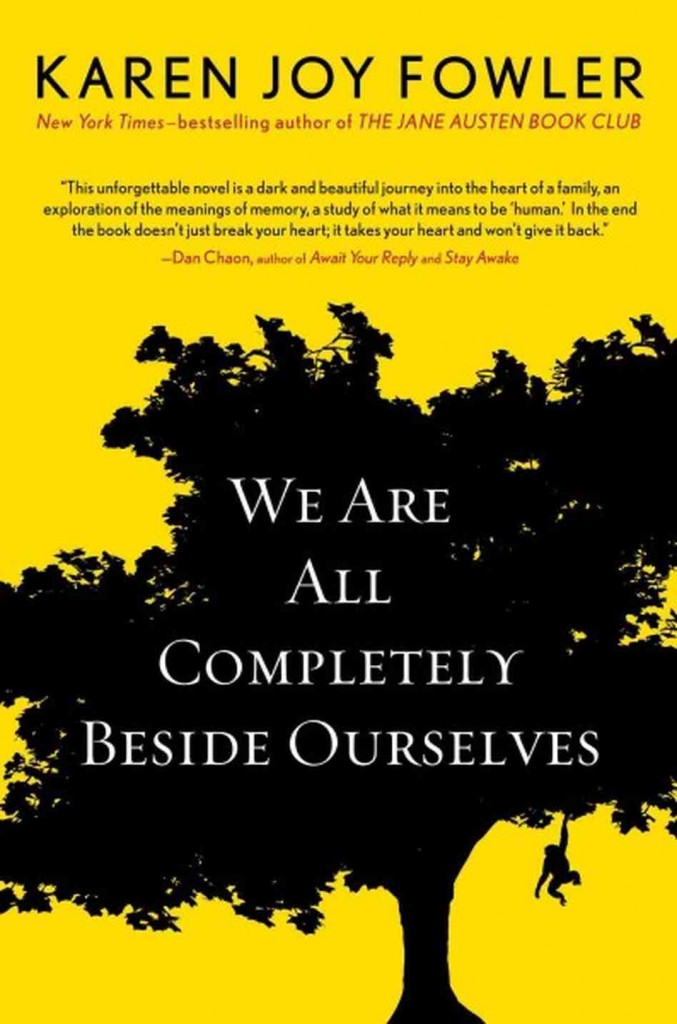 The latter describes my experience of reading Karen Joy Fowler’s most recent novel We Are All Completely Beside Ourselves (A Marian Wood Book/Putnam, 2013), published earlier this year to widespread critical acclaim. And I mean widespread: I have yet to encounter an unfavorable review. Barbara Kingsolver, writing for the New York Times, declared that it “deserves all the attention it can get,” while Maureen Corrigan of National Public Radio called it “superb.” This reviewer skipped toothbrushing for 24 hours while glued to its pages (a Big Deal, as anyone who knows me would attest).
So, there’s my take-home message up front: you’ve got to read this book.
For those wanting to know more, be forewarned that there’s a spoiler coming – it’s hard to talk about this novel without revealing its driving secret, one that isn’t disclosed until about a third of the way in. To preserve the mystery, you might skip this review. (While you’re at it, skip all other reviews and the book’s own cover art. Just open the book and begin.)
We Are All Completely Beside Ourselves is about the Cooke family, whose members include a research psychologist at Indiana University, his wife, and their three children. When the novel starts, however, only three of the five are present and accounted for: a daughter, Rosemary, and her parents. We quickly learn that Rosemary (who narrates) hasn’t seen her brother for 10 years, her twin sister for 17. We learn that Rosemary’s parents are emotionally ruined, each in their own way; that her brother is wanted by the FBI; and that Rosemary herself, once a sunny, chatterbox child, by age 19 “mostly doesn’t speak.”
Something is very wrong with this family – but what? That’s the dark question at the heart of this tale.
To reach the answer requires trusting Rosemary’s narration, which can best be described as strategically nonlinear. Often addressing the reader directly, Rosemary lets us know that she’s going to “start in the middle” of her story – in 1996, while she’s an undergrad at the University of California-Davis. From that narrative perch, Rosemary circles back around and through her childhood, showing us the Cooke family in vivid, episodic flashbacks and eventual flash-forwards. This narrative style mirrors Rosemary’s relationship to her subject, which she can only approach through a haze of omissions and lies, silence and pain.
The carefully guarded truth we eventually arrive at is that Rosemary’s sister Fern is a chimpanzee, brought into the family by Dr. Cooke as an experiment when Rosemary and Fern each were just a few months old. “Some of you will have figured that out already,” Rosemary notes. “Others may feel it was irritatingly coy of me to have withheld Fern’s essential simian-ness for so long.” She goes on to explain:

In my defense, I had my reasons. I spent the first eighteen years of my life defined by this one fact, that I was raised with a chimpanzee. . . . But much, much more important, I wanted you to see how it really was. I tell you Fern is a chimp and, already, you aren’t thinking of her as my sister. You’re thinking instead that we loved her as if she were some kind of pet.

In the world of this novel, species matters, but it takes a backseat to kinship – established and maintained, as in any family, through bonds of mutual caring and commitment. Fern may be a chimpanzee, but she is a daughter and sister first; thus, when she disappears from the Cooke family (inexplicably, for Rosemary and her brother) at the tender age of five, the family descends into a grief from which nobody fully recovers.
What ultimately happens to each member of this troubled clan, including Fern, is something I’ll refrain from discussing. I’ll only add that the novel’s suspense never lets up, and that I think you’ll really like Rosemary as a narrator. A bit of a wisecracking, oddball loner in a world that doesn’t quite get her, she’s someone with whom I think many readers will identify. I did.
In interviews, Karen Joy Fowler has discussed the extensive research that went into this novel, explaining that it’s heavily informed by real-life accounts of “cross-fostered” chimpanzees. In her imaginative retelling of such arrangements, Fowler invites readers to consider questions of power and powerlessness, silence and speech, and the dissolving line between “human” and “animal.” “It seems to me that every time we think we’ve narrowed in on what the crucial difference between humans and the rest of the animals is, we turn out to be wrong again,” Fowler observes. “We have underestimated our fellow animals at every turn, mainly by being unable to see beyond ourselves. It would be nice if we could stop doing that.”
When my sister-in-law Emily thrust this book in my hands just hours after finishing it, I didn’t understand her urgency. Now I do. We Are All Completely Beside Ourselves doesn’t pretend to have all the answers when it comes to our relationship with other animals, nor does it idealize our bond. It does, however, suggest that the kinship between us is real, and that it matters. In that suggestion – and in the Cooke family – I find hope.
*** 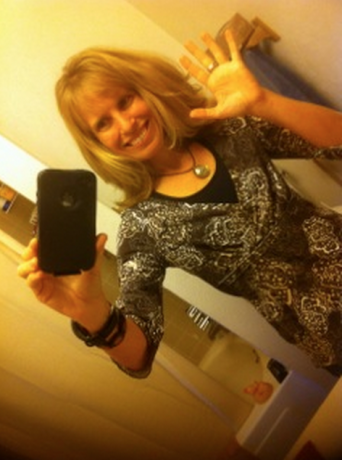 Melissa Tedrowe is a Denver-based writer and activist. In addition to teaching at the University of Denver, she’s co-editing the forthcoming collection Letters to a New Vegan (for submission info, email veganletters [at] gmail [dot] com) and working on a book on animal consciousness.
Share
0
FacebookTwitterPinterestEmail
previous post

Keep Vegan Indie Media Alive! Your Support of Our Hen House Will be MATCHED Between Now and December 31, 2013!

It's #GivingTuesday & we invite you to partner w/ us in our mission to change the world for animals through respons… https://t.co/ess476sqNi

Reply Retweet Favorite
It’s that time of year! #OurHenHouse welcomes you to this very special holiday episode in which we present Sanctuar… https://t.co/vP1DoIggVy