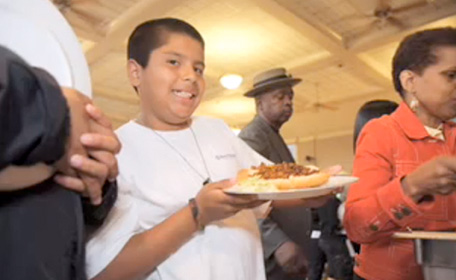 Have I told you lately that I love Portland? If you’ve been paying attention, then you know that Mariann and I are here through the end of the year so that Mariann can be a visiting professor of Animal Law at Lewis & Clark Law School, as part of their Center for Animal Law Studies. (As we’ve said before, she is indeed “the professor and Mariann.”) Throughout this Pacific Northwest adventure thus far, one thing that has blown us away (aside from the plethora of vegan food, barefoot people, poetry stations, puppet theaters, and bicycle repair shops) is the creative advocacy, which, happily, we keep seeing. 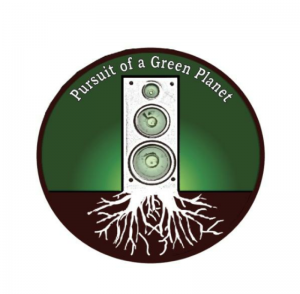 Perhaps epitomizing that is Keith Tucker, whose “Hip Hop Green Dinners” have already launched in Seattle, and next up is the City of Roses. These totally vegan meals are aimed at helping at-risk urban youth stay on track and follow their dreams, all within the backdrop of connecting the dots among their diet, lifestyle, and health. It’s a beautifully synchronistic and holistic approach to advocating for humans, animals, and the planet. To appeal to the young people even more than, say, tofu, Hip Hop artists perform at these dinners.
The Portland Hip Hop Green Dinners will also soon be filmed for a documentary about the project, entitled Pursuit of a Green Planet — a project of Tucker’s. In addition to documenting the dinners, Tucker himself will go vegan, and become a walking example of what it means to change the world by first changing your diet — then changing the shape of things for the better.
The Green Dinners have existed for the past 3 years, during which time awareness and support has been built in order to make the documentary come to fruition. If you’re as moved as I am, don’t miss this short video documenting the recent dinner held in Seattle.

As far as I’m concerned, Keith Tucker is a real pioneer in forming coalitions between several desperately important movements. If the wheels in your head are spinning — “hey, I could do that…” — well then, good.
(Oh, and P.S., if you’re interested in supporting the Green Dinners, they are currently seeking funding.)