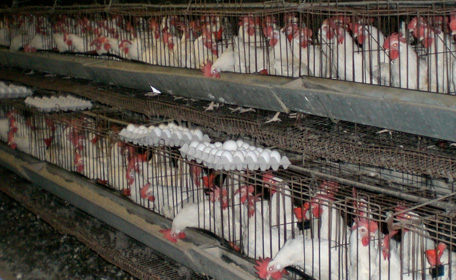 Hypatia: A Journal of Feminist Philosophy has issued a call for papers for a special issue on “Animal Others.” The intent is to showcase “the best new feminist work on nonhuman animals that will help to rethink and redefine (or undefine) categories such as animal-woman-nature-body.”

The suggested topics include:

• gendered ethics and the politics of animal rights discourse and activism

• animals and “nature”/ animals in “culture”

• pet love and the boundaries of kin, kind, and sex

• technologies of seeing or the gaze of/on sex and species

• the woman and the animal – pitfalls and strategies of essentialism.

The deadline for submissions is March 15, 2011. It would obviously be a great thing if they were to receive submissions that come from a ethical vegan perspective. This is a huge opportunity to reach out to people who have actually expressed an interest in delving more deeply into these issues.

The Best Gift Ever