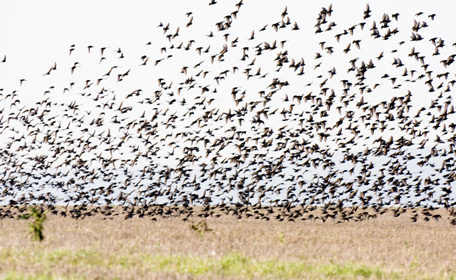 There is a deeply intriguing interdisciplinary project at Emory University, known as the Vulnerability and Human Condition Initiative.  It explores our shared vulnerability and the unequal resources different individuals have in our society to confront that vulnerability, and “insists that state policy and practice be grounded in an awareness of the interdependence between and among human beings and the institutions that support them.”

Of course, humans share their vulnerability not only with other humans, but with all the sentient creatures of this planet. That is why it is exciting to see that the latest project of this Initiative is a workshop entitled, “An Uncomfortable Conversation: Human Use of Animals.” And it’s also exciting to see that it recognizes that, not only do animals share humans’ vulnerability, they are additionally vulnerable to the enormous suffering imposed upon them by humans.

A few of the guiding questions for the workshop are: “Where do our obligations to animals originate — their capacity to suffer or other morally relevant properties; rights; relation to humans, and/or vulnerability to harm?” “What is the significance of the fact that humans create and control the permanent dependency of domestic animals?” and “Are animals made vulnerable by their legal status as property, human creation, or use, and how should individuals, private entities, or the state respond to such vulnerability?”

If these are the kind of questions that intrigue you, a call for papers has been issued, and proposals are due on February 1, 2012. The workshop itself will be held on March 30-31, 2012.