Eastern Kentucky University is a rarity in the world of animal studies, in that it actually offers an undergraduate degree in the subject. So it’s a particularly interesting venue for an upcoming conference in March entitled “Living with Animals” which includes, as sub themes, “Teaching with Animals” and “Living with Horses.” The organizers are still seeking submissions for panel discussions on all three topics. If these are issues that interest you, and, most importantly, if you feel that you can bring a perspective to the discussion that represents the point of view of the animals (as best you, or any of us, can understand it), you should consider taking part. 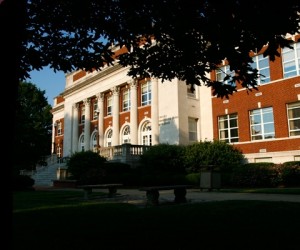 I’ll be honest with you. There’s a lot going on at this conference that many reading this blog would no doubt find quite disturbing, and counterproductive. For example, vegan food is not the only option (I guess they need to make room for those who prefer “Living with Dead Animals.”). And there is a field trip planned to the Kentucky Horse Park, which includes “live equestrian displays.” While these aspects may make the conference considerably less appealing than the title would imply, it’s not really surprising to see this kind of nonsense at an animal studies conference. Animal studies has far too many followers who seem to think about animals as just one more interesting topic of study, rather than as the victims of horrific ongoing violence and injustice. If we’re going to change the world, it’s so important that the voices of those who try to speak for the animals, and not just about them, be heard.
Two to three hundred word abstracts are due by December 15, 2012 (though it appears there may be some wiggle room in there).