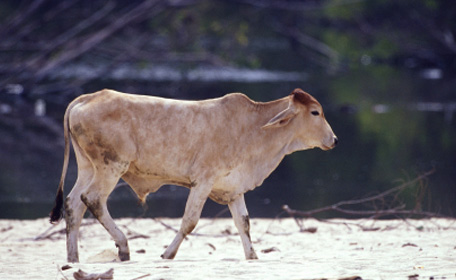 We visited Dallas just in time for the Texas State Veggie Fair, a vegan version of the “other” fair. During our amazing trip, which we podcasted about in detail, we had the honor of meeting a handful of truly incredible activists — including the kind, generous, and brilliant Eddie Garza. Eddie, who is the Texas campaign coordinator for Mercy for Animals, showed us the vegan hot-spots of Dallas. He also told us all about his preparations for World Go Vegan Week, in which he was working with several restaurants to offer vegan items on their menus. This impressed us two-fold, because not only was this an obvious accomplishment, but the fact that this was happening in Texas — one of the biggest animal agriculture states in our nation — blew our minds. Mercy for Animals is indeed one of the leading organizations when it comes to restaurant outreach (and when it comes to just about a billion other things, too), and we are giddy that Eddie has agreed to share some of his secrets on successful restaurant outreach with us.

One of the most effective forms of vegan activism is helping to make animal-friendly foods enticing and easily accessible to the public. Recently, six Dallas celebrity chefs collaborated with Mercy For Animals’ Texas chapter to offer exciting, new vegan options at their upscale eateries during World Go Vegan Week (October 24-31). Mercy For Animals distributed colorful promotional materials on the streets of bustling Downtown Dallas and used online advertising to heavily promote the participating fine dining establishments. Restaurant owners and chefs were delighted with all the local and national press coverage generated by Dallas’ Vegan Week, and the overwhelming positive response resulted in two of the participating restaurants adding their vegan dishes to their permanent menus, and one other participant is working on an all-new sans animal tasting menu! Creatively promoting veganism in your own town’s food scene can be a fun and easy way to help spare the lives of countless animals!

What are the locals eating? Dallas is big on Tex-Mex, pizza joints and chef-driven restaurants. Targeting popular eateries will provide a larger platform to spread the compassionate message of veganism. Try scheduling a meeting with one of your town’s favorite restaurateurs to discuss the benefits of adding or increasing vegan options at his or her establishment.

Presenting well-researched statistics to restaurateurs is extremely important, as one of their main missions is to keep their restaurants afloat in this not-super-lucrative business. Consider this:

Providing nationally available, easily adaptable vegan food samples is key to a successful restaurant outreach meeting. Popular items such as Lightlife’s Gimme Lean meat substitutes and Daiya Cheese are great for restaurateurs wanting to feature vegan items without having to give up the integrity of their original recipes. 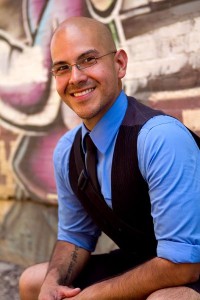 Eddie Garza serves as Mercy For Animals’ Texas Campaign Coordinator, organizing events, overseeing campaigns, and coordinating volunteers throughout the lone star state. A first generation Hispanic-American born and raised in Brownsville, Texas, and a proud Dallas resident since 1995, Eddie is “committed to driving a new breed of animal advocacy in the land of beef, beef and more beef.” A die-hard vegan foodie, who holds a special appreciation for well-crafted southern comfort foods such as country fried “steak,” “meatloaf,” and brownie sundaes, Eddie is the founder of DallasVegan.com, a site dedicated to exploring the many joys of vegan dining in Dallas. Eddie’s passion for compassionate cuisine has landed him advice columns and profile stories in major Texas media outlets, including the Dallas Morning News, Pegasus News, Dallas Voice, Dallas Observer, and NBC.