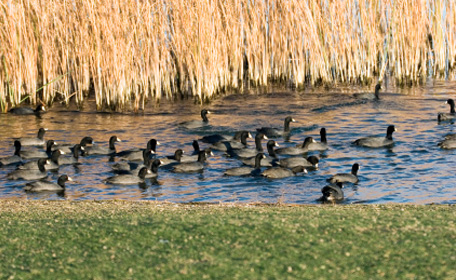 Changemaking Tip: Speaking With the Opposition (with Gene Baur)

One reason I am so fond of Gene Baur, one of the founders of the farm animal rights movement, is because of his cool, calm, and collected demeanor — which, I can attest, is the Real Gene. He is truly unflappable, which, for someone who has seen the kind of cruelty that he has seen, is remarkable.

I have told this story before: I remember a phone conversation he and I had back when we were working together on a project. It was a Friday night, somewhere around midnight, but the project needed to get done. After emailing back and forth a few times, we finally just got on the phone with one another. I was tired and cranky. But to my surprise, Gene, as always, was cheerleading. After figuring out the issue at hand, Gene started proclaiming how our movement is really making headway, and how we vegans are penetrating the mainstream, and how much more vegan food is available than ever before…. I remember thinking, does this man ever just sleep?

Gene is an optimist, which is one of the characteristics that has almost certainly helped him succeed in everything he has done. First and foremost, his glass-half-full outlook has assisted him in speaking with the opposition. That’s right: When he’s not busy as the president of Farm Sanctuary, or, in his spare time, playing ultimate frisbee, Gene travels around the country speaking with dairy farmers and other members of animal agribusiness. This falls into the category of Something I Could Never Do. Or, let me rephrase that: Something Waaaay Outside My Comfort Zone.

But what’s wrong with going outside of one’s comfort zone every now and then, right? Speaking with the opposition in a productive manner may just be the ticket to opening the eyes (and dare I say hearts?) of those we’re trying the most to reach. If part of our goal is to work on transforming animal factories into cruelty-free, plant-based operations, then honing our communication skills is a necessity. Gene took some time out of his busy schedule to share with us a few tips he always remembers when speaking with the opposition.

Speaking With the Opposition 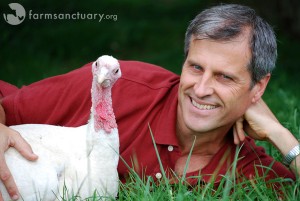 Gene Baur is co‑founder and president of Farm Sanctuary, America’s leading farm animal protection organization.  He holds a bachelor’s degree in Sociology from California State University, Northridge and a master’s degree in agricultural economics from Cornell University. He has conducted hundreds of visits to farms, stockyards, and slaughterhouses to document conditions.  His pictures and videotape, exposing factory farming cruelty, have been aired nationally and internationally, educating millions.  Gene has testified in court and before local, state and federal legislative bodies, and has initiated groundbreaking legal enforcement and legislative action to prevent farm animal abuse.  He played an important role in passing the first U.S. laws to prohibit cruel farming methods – including the Florida ban on gestation crates, the Arizona ban on veal and gestation crates, the California ban on veal and gestation crates and battery cages, and the California ban on foie gras.  His efforts have been covered by leading news organizations, including the New York Times, Los Angeles Times, Chicago Tribune, Wall Street Journal, Washington Post, National Public Radio, ABC, NBC, CBS, and CNN.  His book, entitled Farm Sanctuary: Changing Hearts and Minds about Animals and Food, was published by Touchstone in March, 2008 and has appeared on the Los Angeles Times and Boston Globe best seller lists.

Changemaking Tip: Spread a Vegan Message for the Holidays (with Isa Chandra Moskowitz)