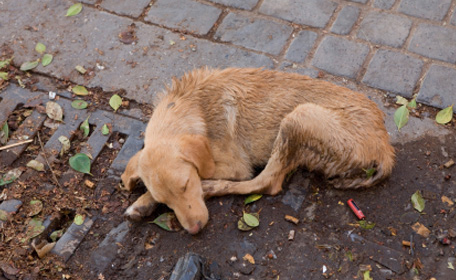 Any animal lawyer knows that passing effective laws protecting animals, while hard enough in and of itself, is only the first step. An even greater challenge comes in getting those laws enforced and informing people of their obligations under the law.

That’s why I was so thrilled with a project of one animal activist, A. Shamalatha, in Bangalore, India. A vibrant vegan and animal activist, who has been instrumental in a program to get all the street dogs in her locality spayed and neutered, Shamalatha remained frustrated by the blatant abuse she witnessed, which went on in spite of the laws prohibiting it. As she notes, “According to the Prevention of Cruelty to Animals Act 1960, you can’t beat up animals. But most people are unaware of these rules. Even if you go to a police station with a complaint, they seem unaware of these rules.” Sounds all too familiar, doesn’t it?

In response to this quandary, Shamalatha had the brilliant idea of writing a picture book setting forth a play, which not only tells the story of a puppy who runs away from a dog catcher, but also conveys the rules and regulations covering people’s legal obligations to animals, including not only street dogs, but “monkey charmers and load bearing animals.” The book, Chutki’s Experiences, now has its own website, and Shamalatha is selling copies of the book there, and is also donating copies of the book to schools and animal welfare organizations.

Here’s an excerpt of the dialog between a young girl who has befriended Chutki and her mother:

Daughter: Mom, this puppy is so cute! Shall we take her home?

Mother: Oh, no! We’ll buy some foreign breed, like a Dobermann or a Great Dane.

Daughter: What’s wrong with this puppy, Mom? This puppy is cuter than all those Bull Dogs, Dobermanns and Great Danes. This is so affectionate. Look at the way it is wagging its tail! The other day I heard an announcement on the TV asking people to adopt an Indian street dog.

Daughter: Mom, so what if it is a street dog? My teacher keeps saying that all living things can feel pain and pleasure, just as we human beings do. This street puppy will also feel happy if we take her home, won’t she?

Pretty good stuff, right? Perhaps the best news of all — Shamalatha is now working on a book about poultry farms in India — “to spread awareness on the importance of vegetarianism and veganism.”

Episode 81: “When no one else cared, I can tell you, the little old ladies cared.”