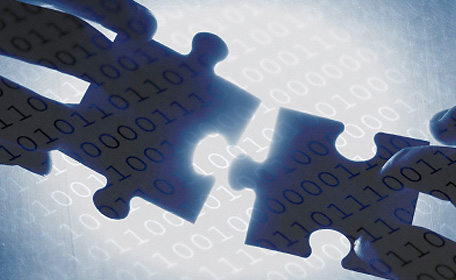 I’m a giant fan of Connect the Dots, a website that explores the “connectionist movement” of human, animal, and environmental wellbeing. I’m also utterly excited to have written a chapter for their forthcoming anthology exploring the connections between the animal rights movement and other social justice issues (mine will focus on animal rights and gay rights, from a very personal perspective). The main force behind Connect the Dots, Ashley Maier, will be featured in an upcoming interview on our blog, as told by OHH’s Sally Tamarkin, so keep your eyes peeled. 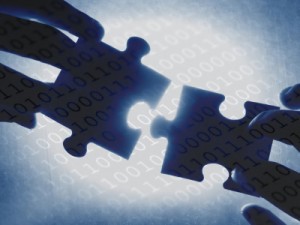 It all fits together.

This morning, as I weeded through my various Google alert and blog subscriptions, something jumped out at me. On today’s Connect the Dots blog, Ashley provided an inspiring account of her recent foray “Expanding the Lens on Rape Culture with WCSAP.” According to Ashley:

After seven years of trying to take a connectionist perspective into a gendered violence prevention conference, the Washington Coalition of Sexual Assault Programs (WCSAP) allowed me the opportunity. On May 16, 2012, I presented Expanding Our Lens: The Rape Culture We Don’t Discuss at the 2012 WCSAP annual conference in Vancouver, WA. For an hour and a half, a room full of sexual violence prevention practitioners discussed traditional notions of rape culture and learned what’s missing. Together we explored how animal and environmental commodity industries support norms of power and violence; how these are often gendered, raced, classed, and more; and strategies for incorporating this expanded analysis into sexual violence prevention work.

Ashley goes on to explain how attendees, who were at the conference in order to gain insight into how to prevent sexual violence, learned about the exploitation of the reproductive organs of egg-laying hens and dairy cows, and about the vaginal and anal electrocution of “fur animals.” The information they gleaned was new to them, yet Ashley recounts how the room nonetheless remained full, the audience attentive, and after the workshop, many people asked her to include even more information about these oppressive industries in future events. Many people also questioned what to eat at lunch, which immediately followed the workshop. Suddenly, animal products were not so appealing. “These positive indicators of change would not have happened,” Ashley explains, “had WCSAP not taken the courageous step of inviting a presentation that advanced beyond the movement’s comfort zone.”
I am inspired, both by WCSAP’s willingness to go there, and by Ashley Maier’s relentless determination to make that happen. I am also inspired, though not surprised, by her retelling of how the audience members were open to these issues affecting non-human animals, issues of exploitation that carry many similar threads to that of human victims of sexual violence. As a person who myself has been the victim of sexual violence, and soon after made the frighteningly ironic connection between my own attack and my unintentional support of rape racks (the industry’s term for the metal contraption that dairy cows are forcibly hooked up to in order to be repeatedly inseminated — or raped) — which I was supporting by consuming dairy — and then finally becoming a vegan and boycotting that horrific cruelty, it is edifying to know that programs focusing on preventing sexual assault are open to starting dialogues around connectionism. This is a stark reminder to me that we should follow Ashley’s example and nudge the organizers behind these programs, classes, and institutions in that direction. Both scenarios of violence are, after all, rooted in the same place. From a holistic point of view, it seems counterproductive to fight against one form of violence while supporting another. It is not an either/or.
This reminds me of Chris Taylor, an amazing activist we told you about a couple of years ago, who presented a paper at a feminist conference entitled “The inclusionist perspective: A fat, vegan, queer, feminist, academic looks for community.” Like Ashley, Chris took it upon herself to “connect the dots” between two different, yet shockingly similar, movements: animal rights and feminism.
These commonalities are impossible to ignore, so let’s be loud about why. And in the process of bringing animal issues to other anti-violence, anti-bigotry movements, perhaps we’ll also learn a thing or two about social justice causes not explicitly centered around animals, so that we can effectively and proudly stand in solidarity with other change makers, and build coalitions.

Changing the World Through Art and Stats: 2 Blogs You Need to Read