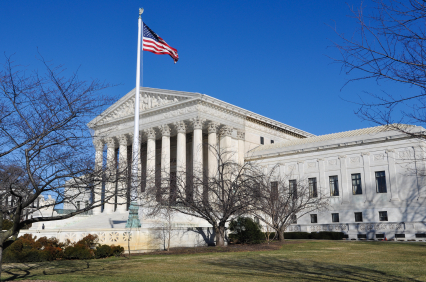 I am pretty pleased with myself.
The new issue of the Animal Law Review, which is published at Lewis & Clark Law School (where I taught Animal Law and Animals in Agriculture last year), is out, and it has an introduction, and I wrote it!

The issue grew in part out of last year’s Animal Law Review Symposium, which was all about the many constitutional issues that arise in animal law. My introduction, which is entitled “Consistently Inconsistent: The Constitution and Animals,” goes into my take on some of the Supreme Court’s animal law jurisprudence, which, as I see it, largely reflects society’s attitudes. Thus the inconsistency. Here’s a glimpse of the point I try to make in the article, which briefly discusses such cases as United States v Stevens, Church of the Lukumi Babalu Aye v City of Hialeah, National Meat Association v Harris, and others:

Consistency is a deeply important value in the law, particularly in a common law system based in the establishment of and adherence to precedent. Change is, of course, possible, but great judges have always set out to make their deviations from past precedent sound as if they are only logical extensions of the law as it stands, rather than abrupt departures. This is perhaps most important of all in constitutional law. The Constitution is supposed to be the fundamental bulwark of a “government of laws, not of men.” Whether one is a strict constructionist, or an advocate of viewing the Constitution as a living document subject to evolutionary change, all can agree that the Constitution should not simply blow in the wind. All of this makes the examination of con- stitutional law as it applies to animals so fascinating. While constitutional law is always seeking consistency, or at least the appearance of consistency based in bedrock principles, our treatment of animals is marked by alarming, and generally unexamined, inconsistency.

And here is my conclusion:

A constitution is not meant to blow in the wind. And yet, when one looks at these many examples of how animal law touches constitutional law, the one consistent theme is inconsistency. But do not blame the courts, or the legislators, or the regulators too much. A world in which the majority of people are horrified that a hamster might be impaled to provide sexual pleasure, but eager to partake of the flesh of a pig who has been quite brutally confined, mutilated, and slaughtered for gustatory pleasure, is not yet signaling that it is ready for the change in attitude (and the change to the dinner plate) that consistency would require when it comes to animals.

Unfortunately, the full issue is not online other than at pay sites, i.e., Lexis or Westlaw — but, with the permission of the Animal Law Review, we are offering you the ability to read my full introduction.
Finally, here is the table of contents for the issue:

If You Listen to the Our Hen House Podcast (Or If You Don’t), Read This …