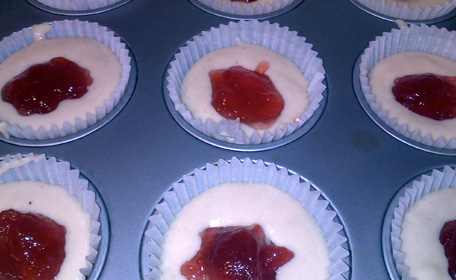 Regarding her vegan cupcake business, Clara’s Cakes, Clara Polito told Joonbug, “I want it to get big, not for the money, though. I could donate the money. I just love the idea of spreading veganism, one cupcake at a time.” Inspiring, yeah? How’s this for inspiring: Clara is just 13 years old.

Already busying herself with animal rights protests, this young entrepreneur documents her vegan journey in her entertaining blog, Clara in Veganland. Even in her more kid-like entries that don’t necessarily focus on animal rights, Clara manages to throw the vegan message in there. Her most recent entry starts: “School’s back in session, so what better way to start off January (other than going vegan) than with a playlist?”

Egad! When I was 13, I was busy obsessing over my wardrobe, frantically making Really Important 3-way-calls to my clique of friends (it was 1992 — 3-way calling had just come out and was all the rage), and managing my bad perm. Social consciousness didn’t hit me for another 10 years or so. To think that Clara Polito is already so adept at taking her supreme skills (what 13-year-old can can create a Boston Dream Pie cupcake?) and using them for the Greater Good is just delicious.

Hey grown-ups: Inspired yet? Seems to me we can learn a thing or twelve from young Clara. Where there’s a compassionate will, there’s a vegan way.