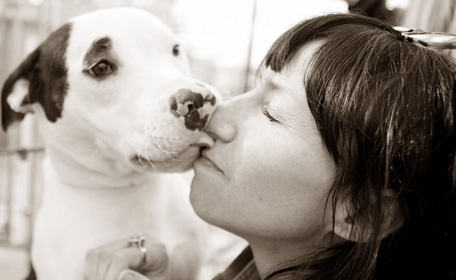 A couple weeks ago, I told you about a photographer who turned the camera on dogs and cats at shelters, glamming them up so that they were rock stars, ready to be adopted (not that they needed any glamming, obviously… and more on that in the original post). The next day I talked about Tou Yun-fei, another photographer, this one creating portraits of dogs who were about to be killed, hoping to change people’s perceptions of strays, and their hideous plight. As we talked about recently on our podcast (Episode 114), bringing companion animal issues to the table (and the blog) here in Our Hen House has made us realize that these are the blog entries that tend to be, by far, our most popular. As Mariann has stated, farm animal issues are where all the animals are, but companion animal issues are where all of the people are (which is a generalization that is certainly not meant to discount the countless animals being exploited in other realms of animal use industries, nor the countless humans in other realms who are changing the world for them).

Which brings us to the story of OHH reader Diana Bezanski. After reading our aforementioned blog entries, Diana decided to donate her (remarkably talented) photography services to animal shelters. The proud human companion to dogs for 18 years, Diana told me that “this is the perfect way for me to contribute my talent.” Her goal was to follow the path of the other photographers we highlighted, and “create portraits to show [the animals’] beauty, personality, and spirit, using a clean gray backdrop — powerful headshots unlike what is typically viewed and perceived of dogs in animal shelters.” Though Diana got the kick in the pants she needed from the photographers we previously featured, her real inspiration to raise awareness about the plight of shelter animals came from  the two boxers she adopted from NJ Boxer Rescue.

Regarding dogs at shelters near where she lives in New Jersey, Diana says that their photos “never did justice – nothing like when I met them. And I always thought, if only they had a better photo, maybe it would stir more interest… Many of these dogs have been in the Center for over a year, and meeting them, I just couldn’t understand why.” She hopes the headshots she takes of them is enough to tug at peoples’ heartstrings. “I hope these images will get them adopted!”

We frequently hear from many of you, telling us that you got that grant to do your animal rights work because of a blog entry we wrote, or you joined that class on animal studies based on hearing about it here, or you organized a protest, got a letter to the editor published, started a “cruelty-free” company, etc. Keep those emails coming! They warm our hearts and motivate us to continue to produce multimedia content highlighting these opportunities for changemaking. We are so glad you’re reading, so inspired that you’re listening, so motivated by your actions. What we produce here is entirely a reflection of you. We highlight what you are doing, because we operate under the modus operandi that changing the world comes from each of us individually, as opposed to solely through top-down organization campaigns. You leave us emboldened, and heartened, every day.

Though we rarely feature a reader or podcast listener as blog fodder (“blodder?”), in this case, I couldn’t resist. Diana’s eagerness to turn a blog entry that she read into an opportunity to create change is exactly what we each need to do. And it also allows me the opportunity to let you see her pictures of these dogs, each one of whom shines through as the extraordinary individual he or she is. Allow yourself to be inspired. Galvanize yourself to create change. Take one look at the face of an imprisoned chicken, chimp, cow, or dog, and you, too, will get the kick in the pants you need.

Here’s what I’m talking about…

These glorious pups are from the NJ shelter, Lilo’s Promise: 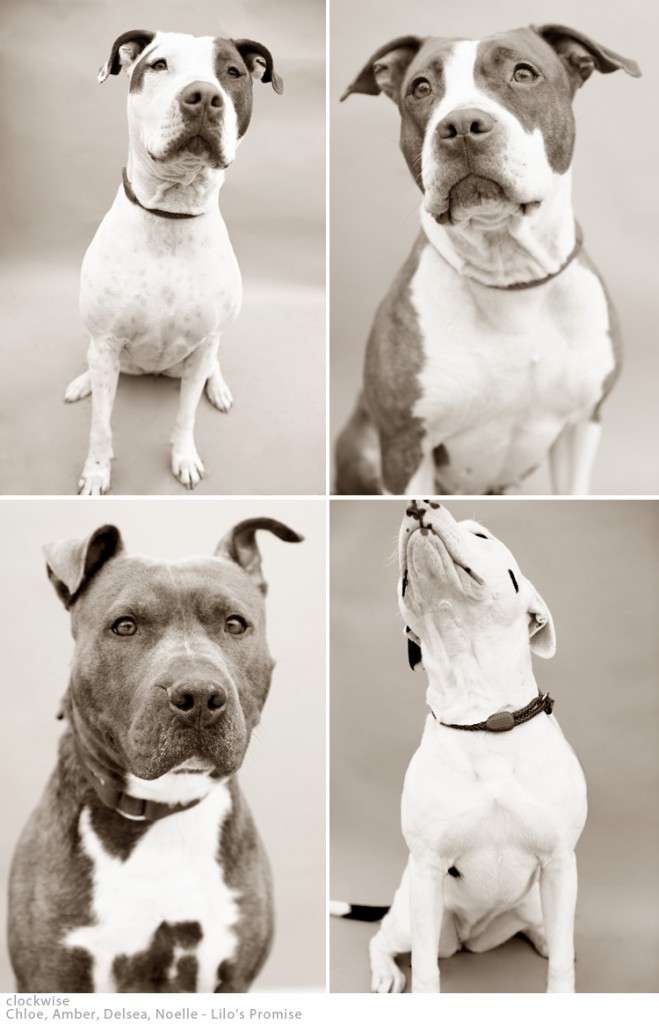 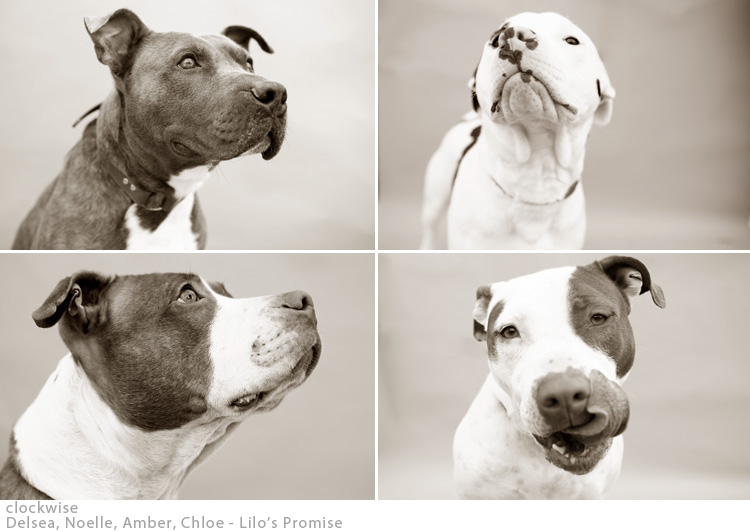 These 23 pups are from NJ Animal Coalition. They are all long-time residents: 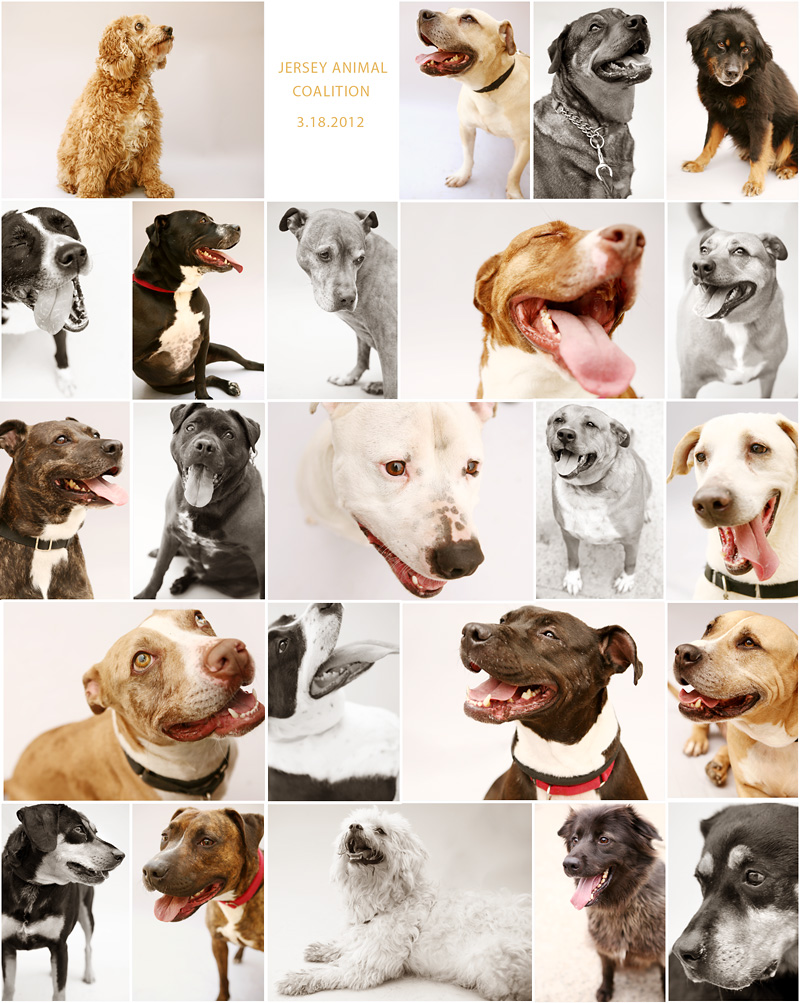 And these pups are with Animal Adoption Center: 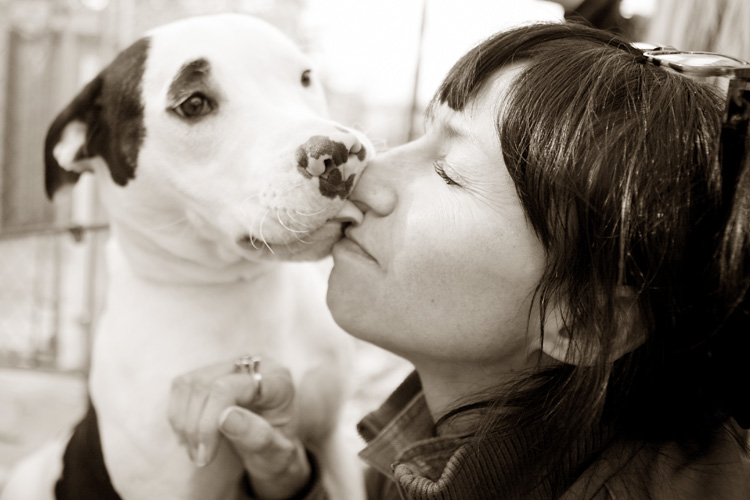 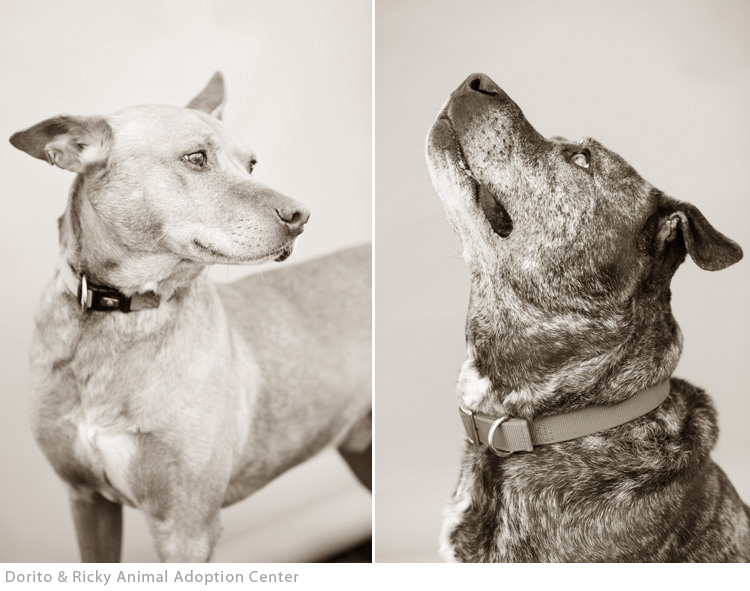 Note: Though I agree that she’s adorable and uber-talented, to my knowledge, Diana herself is not up for adoption.