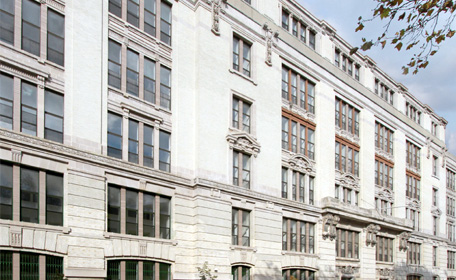 I like to think that our teeny-tiny downtown Manhattan apartment is a vegan mecca. If you open our fridge or cabinet, you’ll find all of the necessary standbys for a healthy and sometimes indulgent vegan existence. In addition to the heaps of fresh and frozen fruit and veggies, as well as mason jar after mason jar full of grains and dried beans, this also includes nutritional yeast (which we once titled on our podcast as the worst named, but best-tasting cabinet essential), Wayfare “Pig Out” bacony bits (bought on a whim recently from Vegan Cuts, which is like a Groupon for the ethically-inclined), and even a case of cruelty-free dog food that our vegan pit bull, Rose, is gaga for. And although Mariann, Rose, and I share a 380 square foot abode — where we live and work (we are indeed cramped) — its tininess is outweighed by the fact that it is downtown, which makes us privy to dozens of vegan restaurants in walking distance. It’s a mecca of vegan fabulousness, if there ever were such a thing, and I thank my lucky stars every day. 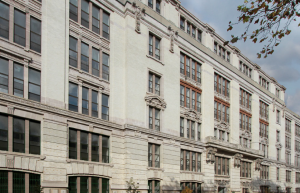 In addition to being an unwavering, ethics-motivated “animal rights vegan” (as they call it), I am also a fan of juicing. I don’t talk about this widely in mixed company, for fear that my monthly juice fasts will be confused with my veganism, adding to a stereotype that vegans are all kale and sprouts. But for my mental and physical health, I have found juice fasting really works for me, for the almost two years that I have done it regularly. Lucky for me, in addition to the nearby vegan restaurants, we can also walk to several juice bars — though we prefer to juice on our own (our Breville was the best investment we ever made). And to be honest, if you opened our fridge at the moment, you would see endless piles of greens and fruit, which is because, as I type this, I am on day 9 of a 10 day juice fast. (And if you’re reading this, Mom, I’m FINE.)
Also in walking distance from our apartment, it seems, will soon be another vegan enclave, an actual vegan condo, which, according to The Globe and Mail, will offer 24-hour organic all-veg room service, and an on-site juice bar. The building is called Madison Jackson, and is located on the Lower East Side. (The all-vegan shoe store, MooShoes, is just a hop, skip, and jump away, so when residents are not guzzling kale, or taking yoga — another “in-house” service provided by the building — they can flaunt ethically-sourced, vegan-made foot ware.)
Regarding the vegan condo, The Globe and Mail reported:

“We have many people who are health conscious,” Michael Bolla, the building’s developer, told DNAinfo.com.
“But they don’t have time to do certain things, so we’re making this lifestyle more tenable and easier. It’s not only offering amenities, it’s also offering the environment to help people live that way,” said Mr. Bolla, a yoga practitioner who is “mostly” vegan.
Response online has been vicious, with no live-and-let-live spirit in sight. Grub Street’s Jenny Miller called the condo a “glorious, meat-free, rich-people utopia,” and hoped righteous celebrities such as Alicia Silverstone would sequester themselves inside. One vegan commenter suggested the opulence of it all induced nausea.

I admit to having somewhat mixed feelings about this “meat-free utopia,” as the title of the article referred to it. While, on one hand, it seems like a rich person’s getaway that is seeping with privilege and, yes, snobbery, on the other hand, who am I to judge? Those who have the means will likely be basking in the lap of luxury anyway, so why not make it a vegan lap of luxury? I, for one, am never upset when a new vegan establishment pops up. There is a demand for it, and that is good thing.
A better thing would be to make undertakings like this more accessible to non-rich people. I hope that the Madison Jackson starts a trend that extends in that direction.
All of this said, my hat nonetheless goes off to the developers (including real estate investor Thomas Sung who sat on the property for the last 30 years before moving forward). Though most of us are not investors or developers, I am a fan of the idea of offering vegan resources in unusual areas, such as in-house services. Perhaps we can’t foreseeably buy a large building and turn it into a vegan enclave (let’s be realistic — WE can’t even buy one apartment in it and live there), but we can begin to market our animal-friendly, cruelty-free for-profit endeavors to condos and other residence communities. Perhaps those of us who are businesspeople can also make a concerted effort to focus on communities that are thirsty for good health, even if that thirst sometimes includes kale juice.
As with anything, with these undertakings, bring in the animal issues whenever possible. It is, after all, about them, not us.