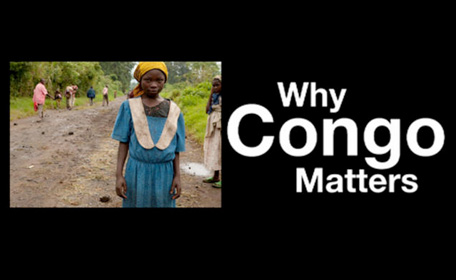 Happy OHH #ThrowbackThursday! Today I’m excited to breathe new life into this piece, originally published on February 4, 2010 (dang! we’ve been doing this for a long time!). I was inspired to repost this by someone who recently emailed me and asked the question all animal rights advocates just adore — don’t you care about people too? Activist Lisa Shannon proves that, in fact, we do…
***
A few years after Lisa Shannon saw an episode of Oprah, opening her eyes and heart about the war on women in the Congo, she, herself, was a guest on Oprah. After learning about the atrocities that all too often go unspoken and largely unknown, or just too far away to do anything about — brutal rape; rampant murder; sex trafficking; the list goes on… — Shannon realized she couldn’t not do something, so she started the Run for Congo Women. It was that activism and relentless determination and passion that led to her Oprah appearance.
Did I mention that Lisa Shannon is vegan?
Today [EDITOR’S NOTE: THIS IS A #THROWBACKTHURSDAY PIECE, SO THIS ARTICLE WAS NOT, IN FACT, TODAY], Op-Ed columnist for the New York Times, Nicholas Kristof, writes about Shannon in “From ‘Oprah’ to Building a Sisterhood in Congo.” The piece, which begins by telling a harrowing and truly unbelievable story about a woman whose leg was chopped off by extremist Hutu militiamen after her husband was murdered in front of her and their children (the story actually gets worse, if you can believe it), goes on to say:

At a recent Let Live Foundation talk, Shannon discussed her veganism and how it informs the work she does for Congolese women. This video is not to be missed. You can — and should! — watch it below.
Lisa Shannon is, to say the absolute least, a model for those who wish to create social change. She is not only making a significant difference by way of shedding light on the travesties happening to women today and implementing the groundwork for it to change, but she’s also a living, breathing example of the fact that social change has intersections everywhere, and part of the natural spectrum of standing up for various marginalized, oppressed groups includes not contributing to  animal cruelty.
In response to those who have passed by me, or any other animal activist for that matter, during a protest and yelled “don’t you care about people?!” the answer is yes, yes I do. It is not one or the other.