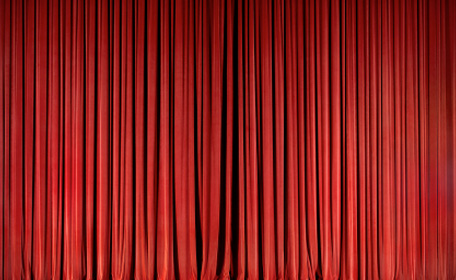 When I was in college studying for my BFA in Theatre, I certainly played my fair share of roles — Queen Elizabeth in Mary Stuart, Charlotte in Flora the Red Menace, and, as part of my senior thesis, a one-woman-show entitled Watching Through Windows. It wasn’t until I graduated that my acting bug turned into my activist bug. My first job after college was as an actor-educator with the AIDS-awareness theatre company, Nitestar. Nitestar gave me the opportunity to tour around to schools and perform in plays that raised awareness about AIDS, STI’s, sexuality, body image, and domestic violence. That was over 10 years ago, and I absolutely credit my time at Nitestar with opening my eyes and heart to social justice issues that remain at the core of who I am today. Even more directly, it was through a friend of a friend at Nitestar that I learned about the horrors of factory farming, and went from being a long-time vegetarian to vegan. 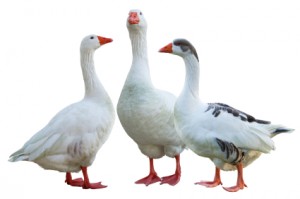 Though I’d always had activist tendencies, I wish that I had entered the world of social justice prior to age 21. But, alas, that’s an unproductive thought, since it was all part of my process, and at least I got there eventually. Personal evolution is a complex, painful, beautiful thing. Remembering that I didn’t always know about the horrors of milk production, for example, helps me to extend compassion and patience to others who I am trying to reach with the vital message of veganism. It also gives me hope, which is something that Mariann and I discussed in a recent article we wrote for One Green Planet.

If you follow Our Hen House, you already know that another thing that gives me hope is when art is combined with advocacy. That is why I’m thoroughly thrilled that The Performance Collective at The University of North Carolina Chapel Hill is currently performing a theatrical adaptation of Jonathan Safran Foer’s wildly popular book, Eating Animals. According to IndyWeek.com, the student actors consume a variety of diets, mostly omnivorous. Yet after learning that all the students at UNC were assigned Eating Animals as their mandatory summer reading, the play’s director, Tony Perucci (a “steadfast omnivore”), felt that the theatrical adaptation would be a perfect fit for The Performance Collective. (Last year, they performed a theatrical adaptation of The Activist.)

Rather than attempting to fit Foer’s nonfiction into a single conventional story arc […], the collective will incorporate movement, dance and multimedia into a more diverse production that still derives some two-thirds of its text from the book, according to Perucci. “Our goal is not to persuade, precisely — it’s to confront,” he says. “At least have a position that’s based on your own critical reflection. I believe […] that the purpose of art is to lay bare the questions that answers too easily obscure … But ultimately, the thing is that people don’t even ask the question.”

In addition to being thrilled to see students addressing this imperative issue in such a creative way, I’m selfishly also wondering if Mariann, who was quoted in the book alongside David Wolfson (page 51, to be precise), winds up being… theatrically adapted. Or danced to.

What I find perplexing — but okay, I’ll go with it — is that Director Perucci, who uses his “foodie” identity to defend his meat-eating, then goes on to state that Foer’s position in Eating Animals is “clearly stated” that “the only ethical position is to be vegetarian.” So either Perucci disagrees with this idea, and thinks that there is nothing immoral about eating animals, or he is giving himself a get out of jail free card, or perhaps he’s struggling with his rationale. Channeling the hopeful-Jasmin from the beginning of this blog entry, maybe Perucci is on the road to veganism. Hopefully that’s the case, but regardless, I’ll give him more than a few vegan brownie points for having this theatrical vision and making it happen.

Foer’s book has provoked more discussion of the animal issue than almost anything published in recent history. What’s more, it’s widely accepted that UNC-Chapel Hill is supposed to excel at theatre. If I could only reverse the clock and be a young, sprightly (clove-cigarette-smoking, black-clothes-wearing) theatre student again, it’s very possible that this play would’ve been exactly what I needed in order to open my eyes to animal exploitation, and to change. I hope to see more plays that carry the message of animal rights performed at colleges, community centers, and, hell, even Broadway. Maybe I’ll even audition. At the very least, I’ll hand the other auditioners a “Why Vegan?” brochure, so it would not be for naught.

Episode 97: “Conformity is the jailer of freedom and the enemy of growth.”

Compassion in Action: My Internship at Farm Sanctuary (Part I)