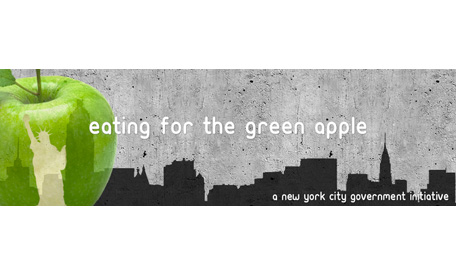 Eating for the Green Apple

All sorts of exciting things are going on at New York University these days. We recently blogged about the new Animal Studies Initiative, which promises to be a ground-breaking addition to the growing panoply of courses and programs devoted to this subject. And the Minding Animals “pre-conference”  coming up in October looks outstanding.

Another NYU project that we are excited about came as a result of an amazing seminar at NYU’s Environmental Studies Program taught by Mia McDonald, of Brighter Green. This was not a purely academic enterprise. Instead, the class of nine students was given a very real world task — creating a set of policy recommendations for the (fictional) Mayor’s Initiative on Food and Climate Change. The students created the Eating for the Green Apple initiative, including an elaborate policy proposal, as well as a toolkit designed to empower individuals and communities to increase “cool foods” in their diet. (Unfortunately, the recommended foods included eggs, but were in other respects completely vegan.) 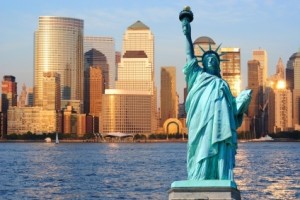 Eating for the Green Apple

The role of animal-based foods in climate change is well-known to vegans, but, even in spite of the fact that Al Gore has come around on the issue, it still has yet to reach mainstream consciousness. This innovative school project not only brought that message to the students who participated in the class, but, hopefully, will be part of their mindset as they go out into the world. It’s just too bad that these students aren’t part of a real Mayor’s Initiative on Food and Climate Change — and that the project wasn’t 100% vegan. (Let’s hope that by the time these students are working in environmental policy, they ditch the eggs, which, while perhaps less problematic vis a vis climate change than other animal-based foods, are hideous in every other way).

Despite that, this program is a clear reminder of the extraordinary opportunities that exist to bring animal-related issues into the academic world. Teachers at all levels are in a position to bring the truth to their students in innovative ways.

Episode 90: “Do what you feel in your heart to be right, for you’ll be criticized anyway.”