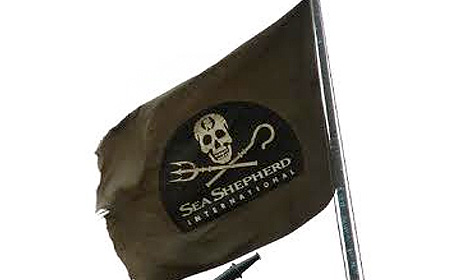 It’s almost impossible to quantify the number of people who have been introduced to thinking about animals in a new way by Paul Watson and the organization that he heads up, the Sea Shepherd Conservation Society. While the readers of this blog may be used to viewing animals as victims of human cruelty, as well as heroes of their own lives, that’s just not the way that most people in the mainstream think. Through his Animal Planet series, Whale Wars, this eco-warrior has turned the tables, making people want to be on the side of the whales and those who would protect them, and to see the whalers as the ultimate bad guys. 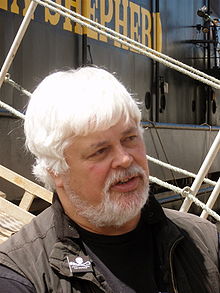 And now this message is about to get even bigger. Eco-Pirate: The Story of Paul Watson is a documentary that is now hitting the festivals and will soon be gaining wider exposure. According to Variety, the movie has plenty of human drama. While definitely portraying Watson as a hero, it doesn’t hide any of what some people might call flaws, and delves into some of the divisiveness between him and other environmentalists, prominently Greenpeace. But most importantly, and as is clear from the trailer, this human drama serves as the vehicle for telling the story of what is happening to the animals. As such, the “film is certain to attract devotees to the cause.”

Films that tell the truth about animals are the most powerful tool available to activists. It is exciting to find that another one will soon be available to help spread the word.

Episode 96: “If we believe absurdities, we shall commit atrocities.”