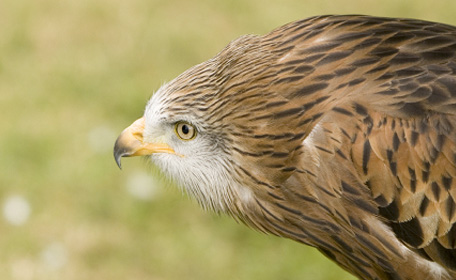 Here at Our Hen House, we are always on the lookout for all the different ways in which people are bringing attention to animals. As you probably know, we especially like to focus on the arts, since we think they have the power to reach people in subtle ways, getting behind their defenses and planting new ideas about animals in their hearts.
This can get confusing sometimes, because animals are — and always have been — a central focus for those in the visual arts. Visit any museum, or survey the art shows currently on display in your city, and, without question, you are sure to find plenty of images that include, or even highlight, animals. So what makes a particular piece of art, or a particular collection, one that is likely to deepen people’s understanding about animals? This is something that we think about a lot, and to which we have no clear answer. Sometimes it depends upon what the critics are saying, sometimes it’s just a gut reaction to the work itself. And sometimes, of course, the artist’s message is obvious.

One exhibit that I think sounds like it crosses into the political very gently, but effectively, is now at the di Rosa Gatehouse Gallery in the Napa Valley. My feeling about this show is partly based on the fact that the curator, Anne Veh, started out with the assumption that we, the viewers, would be paying attention to the animals themselves, and learning from them: “Animals possess heightened modes of sensory awareness that inform their survival within and connection to the natural world. Is our limited human awareness simply an inevitable by-product of contemporary life? What have we forgotten?” The question she poses for the work is “What can animals teach us if we listen?”
The descriptions of some of the pieces, and the comments of the artists, as set forth in a recent article in the Napa Valley Register, further enhanced this impression. I like the comment of photographer and videographer Trish Carney that she lets “the animal determine how much I get to photograph. I like to just sit, listen, observe. For long stretches of time, I wait.” It sounds at least possible that she follows the same types of policies set forth by photographer and activist Chris Taylor, whose self-described “vegan nature photography” was a recent focus for us here at Our Hen House.
Other artists in the show sound similarly attuned to the animals themselves, and not just what they look like. Richard Whittaker has managed to recognize that his studies of beloved pets “reveal a wild intelligence at work,” something that might require an artist to take note. Even Adriane Colburn, whose work does not focus on individual animals, but are large-scale installations that “investigate the complex relationships between human infrastructure, earth systems, technology and the natural world,” brings up such important questions that impact how animals live in a world dominated by humans, as she tries to “touch on how our attempts to understand and visualize a landscape can irrevocably alter it.” And, returning to the individual animal, Jane Rosen describes being inspired as “a red-tailed hawk soaring overhead spoke the words: ‘tell my story.’”
From all appearances, this exhibit is one that has made steps toward looking at animals as themselves. If I were in the Napa Valley, I would certainly check it out, and perhaps try to attend the gallery talk on August 1. I am certainly not saying that all of these artists are animal rights activists, or even vegan (yet?). But, as always, we need to be on the lookout for signs that things are shifting. So wherever you are, keep an eye open for indications that artists, and curators, are putting together work that can bring new understanding. Whether the work is about wildlife, or companion animals, or straight-out animal rights art, the real point is whether it is helping us to truly see the animals, and ourselves.

Flock Only: Why We Should Never Say “Not In My Lifetime…” (Plus...