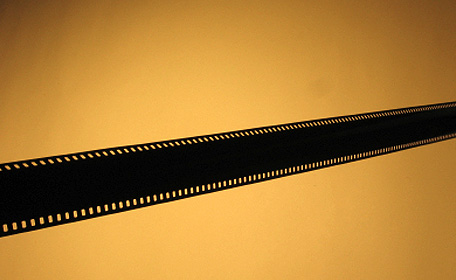 The upcoming Yale Environmental Film Festival (running April 9-15) will be highlighting films that examine our relationship with the planet, but what makes it unique is that — refreshingly — it is including animals in the mix. Of the roughly one dozen films, all of which were chosen specifically because of the way they addressed “humanity’s impact on the planet” (that’s according to the press release), at least 3 specifically focus on animal issues. There’s The Whale, which tells the story of a young orphaned orca named Luna (don’t miss our review of this beautiful film on a recent podcast episode); Bestiaire, which looks utterly bizarre and captivating (“bestiaries were catalogs of beasts featuring exotic animal illustrations, zoological wisdom, and ancient legends”); and Bear 71, a documentary focusing on a bear in the Canadian Rockies, and the intrusive ways humans engage with wildlife.

Since animals, along with us, are the inhabitants of the environment (in fact, the beating hearts at its core) — and with our abuse of animals, including in animal agriculture, a primary culprit behind environmental damage — clearly animal issues should be at the forefront of environmental pursuits. This should include conversations, campaigns, and yes, film festivals. But we know that, too often, that’s just not the case.

One reason to hope that that is beginning to change is the recognition on the part of the upcoming generation that these issues are inseparable, and that it is impossible to set aside our attitudes toward animals when we sit down to formulate a coherent attitude toward our world as a whole. This recognition can’t come too soon. The ethic of care we have got to bring to the table (literally!) when it comes to respecting the earth and the many earthlings (human and non) who live here is a matter of life or death. I like to believe that the Yale Environmental Film Festival is providing a cutting-edge inroad for other film festivals and environmental campaigns — artistic, grassroots, and academic — to follow suit.

Episode 30 of the Our Hen House TV Show is Now Viewable...