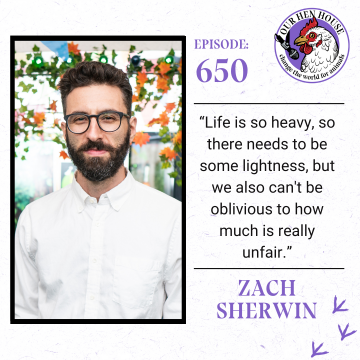 The multi-talented Zach Sherwin joins the podcast this week for a can’t-miss conversation about using comedy, rap, and wordplay to make the world a better place for animals.  Zach explains how he incorporates his vegan ethos into each of his artistic endeavors while taking care not to isolate his audience. Plus, he gives us a behind-the-scenes look into his epic duck rap saga and shares how he came to know, and save, Brutus the duck. We look at the entertainment world at large, and Zach discusses whether people’s attitudes toward veganism have changed in the 20 years he’s been vegan. He also tells us about The Crossword Show, the famous vegans who have played the game, and what having had one of his crossword puzzles published in The New York Times means to him.

*We are thrilled to expand the accessibility of our podcast by offering written transcripts of the interviews! Click here to read Jasmin’s interview with Zach Sherwin.*

Zach Sherwin is a Los Angeles-based comedian and the creator and host of The Crossword Show, in which a celebrity guest panel solves a crossword puzzle live onstage in front of an audience. The Crossword Show has toured on the West and East Coasts, including appearances at the American Crossword Puzzle Tournament; in February 2022, Zach published his first crossword puzzle in the New York Times. Since 2011, Zach has also written for and performed with the popular web series “Epic Rap Battles of History.” His writing for the show has received numerous Streamy Awards and Emmy nominations. His own YouTube videos have been viewed many millions of times, and his other writing credits range from Crazy Ex-Girlfriend (The CW) to Problematic with Moshe Kasher (Comedy Central) to MAD Magazine. As a solo artist, Zach has released several albums of comedy and music, toured extensively on the college entertainment circuit, worked as an audience warm-up comic on various TV shows, and performed on Totally Biased with W. Kamau Bell (FX) and The Pete Holmes Show (TBS), both long canceled, as well as America’s Got Talent (NBC), which seems like it’s doing great!

“Life is so heavy, so there needs to be some lightness, but we also can’t be oblivious to how much is really unfair.” – Zach Sherwin 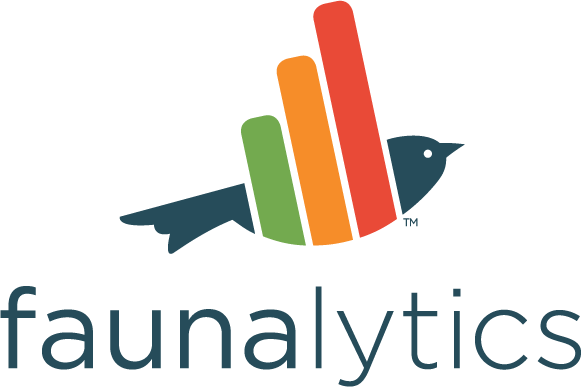 This episode is brought to you in part by Faunalytics. Faunalytics’ mission is to empower animal advocates with access to research, analysis, strategies, and messages that maximize their effectiveness to reduce animal suffering. Animals need you, and you need data. We conduct essential research, maintain an online research library, and directly support advocates and organizations in their work to save lives. The range of data we offer helps our movement understand how people think about and respond to advocacy, providing advocates with the best strategies to inspire change for animals.

Episode 253: “Our lives begin to end the day we become silent...

Episode 122: “…fight the hardest battle which any human being can fight.”