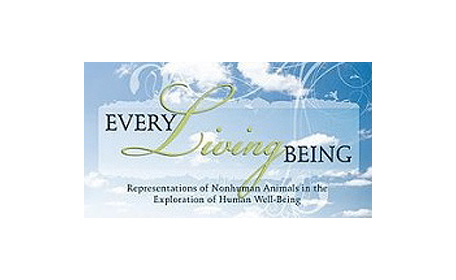 An intriguing new book has appeared in the Human-Animal Studies realm (which is apparently also known “anthrozoology” which makes it sounds fancier but is kind of a mouthful).

Every Living Being: Representations of Nonhuman Animals in the Exploration of Human Well Being, by Canadian scholar Marie-France Boissonneault, sounds like a in might be a new take, with some original insights, on the human animal relationship.

Boissonneault, who is, among other things, an observer of pop culture, examines how certain animals have been portrayed in literature and art, as well as in contemporary mass media, as healers and contributors to human wellness, and compares that treatment to that of other animals who are used for consumption without any regard at all.

While we haven’t seen it yet, and can’t recommend it outright, it certainly sounds like an interesting read.