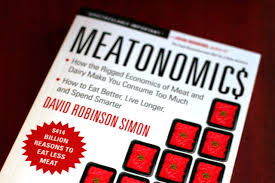 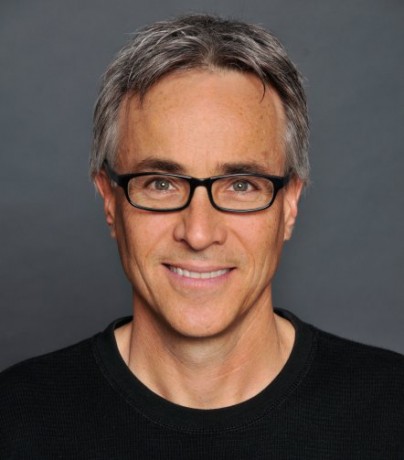 We are delighted to have the opportunity to feature more and more excerpts from important books recently published (as well as some oldies) from the world of animal rights. Today’s excerpt is from Meatonomics: The Bizarre Economics of Meat and Dairy, by David Robinson Simon — who was recently featured on the Our Hen House podcast (Episode #203). In addition to reading the excerpt below, make sure you check out Ken Swensen’s insightful OHH review, as well as Piper Hoffman’s January OHH column, “How the Government Uses Taxpayer Money to Make Dairy Seem Cheaper Than It Is.” Needless to say, we at OHH are big fans of this book, and feel confident that if you’re not already a fan, after reading the excerpt below, you’ll become one.
Want to win a copy of Meatonomics for yourself? Thought so. Here’s how:

You have one week to enter — so you have until Midnight EST on Wednesday, January 29, 2014. We will randomly select a winner on Thursday, January 30 — and we’ll email the winner. You may only enter one time (unless you are in the flock, in which case, jump over to your flock exclusive content for an additional excerpt from Meatonomics, as well as an additional chance to win).
Special thanks to David Robinson Simon — an author and advocate who is nothing short of brilliant.
***
From:
Meatonomics: The Bizarre Economics of Meat and Dairy, by David Robinson Simon 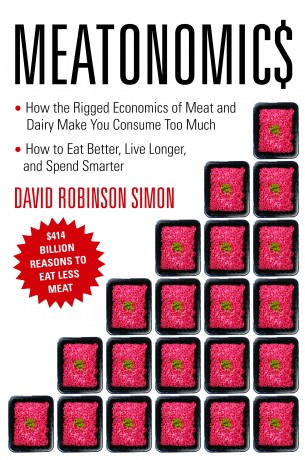 Sustainability Solutions
With mountains of evidence showing that animal agriculture is polluting and warming the planet, well-meaning commentators have offered a number of ideas to shrink animal foods’ ecological footprint. The recipe for sustainability in animal agriculture is variably said to favor small farms over big, organic over conventional, or local over remote. A look at some of these ideas helps answer the big question: can animal foods be produced sustainably to meet demand? (For purposes of this discussion, sustainability means the animal food system’s capacity to endure without diminishing future generations’ wealth, welfare, or utility derived from environmental resources.)
At the outset, note that measuring the environmental effects of human behavior is sometimes harder than you’d think. Take the conventional wisdom that says paper cups are more eco-friendly than Styrofoam. In fact, a paper cup requires thirty-six times more electricity and twelve times more water to produce than a Styrofoam one. Styrofoam can take centuries to decompose, depending on the presence of moisture, sunlight, heat, and other factors. However, although not as persistent, a paper cup can still take decades to biodegrade because of coatings used to improve its ability to hold liquids. So which is better for the environment? “The truth” said Oscar Wilde, “is rarely pure and never simple.”
“Sustainable” Meat Production?
Consider one of the best-known proposals to make meat production sustainable. In The Omnivore’s Dilemma, Michael Pollan discusses ecological rotation as an alternative to factory farming. Pollan profiles Polyface Farm, a 550-acre organic farm in Virginia that raises animals by moving them around the farm on a regular basis in portable enclosures. The cattle are moved to fresh grass each day, and the chickens follow several days later to scatter the cow manure and eat the insects it nurtures. The farm produces 140,000 pounds of meat yearly, enough to feed seven hundred Americans at our average annual consumption level of 200 pounds per person. Polyface Farm also supports the local food movement by refusing to ship meat beyond a four-hour driving radius. The farm’s meat production methods are clearly more environmentally sustainable than most and, except for their practice of slitting the throats of alert chickens, generally more humane. And it’s certainly an interesting novelty for a small cadre of well-intentioned consumers and restaurateurs in Washington, DC, and Richmond, Virginia, looking for local, organic meat.
But for a nation of more than 300 million meat eaters, four out of five of whom live in cities, farms like Polyface are unlikely to ever become more than a novelty. For starters, Polyface produces only enough meat to feed a large college dormitory. Even if there were more than a handful of Polyface-like farms in the country, the quantity of food they could produce compared to factory farms would remain minuscule. The reality is that unless something is done to dramatically reduce the nation’s current, extraordinary demand, the only alternative is to continue to industrially produce virtually all the meat, fish, eggs, and dairy that Americans consume.
Returning to Polyface Farm and other efforts like it, the big problem with the prominent attention they receive, both in The Omnivore’s Dilemma and elsewhere, is that this  focus exaggerates their relevance. Many think Polyface is representative of organic farming. It’s not, by a long shot. Even if organic animal farming were particularly eco-friendly—which, as we’ll see, it isn’t—Polyface is far from an everyday example of the genre. That’s because unlike the happy, grazing animals at Polyface, the vast majority of organic animals are raised in CAFOs largely indistinguishable from inorganic factory farms. For example, organic animals must—in theory—be given access to the outdoors. However, such access is largely meaningless both for organic pigs, who don’t graze and are routinely fitted with nose rings to discourage rooting (by making it painful), and for organic chickens, who by nature don’t dare venture outside the dark, rank warehouses where they are raised. Pollan observed, for example, that during his visits to free-range chicken farms, he never actually saw a bird go outside. In practice, the organic label signifies only the absence of synthetic pesticides in feed and chemicals in meat—it certainly doesn’t mean the meat was sustainably or humanely produced.
Pondering Polyface
Even a close look at Polyface’s ecological-rotation practice suggests that the system’s reputation as a model of sustainability comes up short. For starters, Polyface is not self-sufficient, as all of its animals except cattle receive supplemental feed grown off-site. Adam Merberg, a UC Berkeley doctoral candidate in mathematics, has calculated the calories in the supplemental grain fed to Polyface’s chickens. Merberg’s numbers indicate that for all the Polyface eggs and chickens produced, more than three times as much food energy goes in as comes out. In other words, it’s three steps back for every one step forward. That’s not a great paradigm of sustainability. At 3:1, Polyface Farm’s ratio of energy input to output for chickens is only slightly better than the 4:1 average in US chicken production. As Americans increasingly shift from eating red meat to poultry, this is a major limitation in the Polyface model.

Another problem with Polyface is its limited production capacity. For example, take the meat-eating demands of Southern California, population 23 million. Unless something is done to significantly lower their consumption, feeding these Californians the 14 million pounds of flesh they eat daily would require an additional thirty-three thousand farms the size of Polyface and an extra twenty-eight thousand square miles of farmland to contain them. That’s more than the total area in seven of Southern California’s eight counties. This farmland simply does not exist in Southern California. Most of the region is surrounded by ocean or desert, except for the Central Valley to the north—which is already dedicated to providing one-eighth of the nation’s agricultural output. Even if part of the Central Valley could be converted to eco-rotation farms for meat production, most of that land is needed for crop production, and in any event, the entire area is just a fraction of the total that would be needed just to meet local demand. Further, if we were to try to feed the entire nation using the Polyface model, we’d need another 450,000 farms on an extra 390,000 square miles—an area almost twice the size of Texas. To quote Richard Oppenlander, author of the book Comfortably Unaware, the vast amounts of land needed for pasture farming make it “absurd” to think that the system can be sustainable.

As much as we might hope Polyface Farm is the cure-all for the ills that stem from farming animals, it cannot serve as the model for animal agriculture. The small operation may work well in its local setting to serve a few hundred regional consumers, but the model isn’t scalable to satisfy America’s extraordinary consumption of meat—particularly in light of the country’s mostly urban population. In fact, the mathematician Merberg reports that when he asked Polyface’s founder Joel Salatin about the farm’s lopsided input/output ratio during a live question-and-answer session in California, Salatin confirmed that Polyface is not sustainably self-sufficient. Salatin, self-appointed evangelist of the rotational farming movement, is one of the most progressive, capable, and well-informed farmers on the planet. And if he can’t find a way to make rotational farming self-sufficient and sustainable, it’s unlikely anyone can.
Share 0 FacebookTwitterPinterestEmail
previous post