At Our Hen House, we do our best to bring you the latest from the world of animal rights. That said, when it comes to telling you about books, there are just so many amazing new ones covering all kinds of animal issues, and we simply don’t have time to review them all (but don’t miss the ones we have reviewed). That’s why we thought long and hard and decided to start an exciting new program for you. From time to time, we’ll publish excerpts of the author’s choice — highlighting the best in new animal rights books (both fiction and non) — right here on our online magazine. We hope you dig this new service!
One general note about OHH’s new intention to publish excerpts: We do our best to choose excerpts from books that reflect our values to change the world for animals, and to end their exploitation altogether. However, we are not able to read all of these books in their entirety. Please note that the books we choose do indeed intrigue us, but might not fully be in line with our ethos — though we hope they are. In other words, vet these for yourselves, and feel free to share your thoughts with us at by emailing info [at] ourhenhouse [dot] org.
Today we bring you an excerpt from a novel (we love fiction!), Threatened, by Eliot Schrefer — author of Endangered. (And — flock members — be sure to read on past the excerpt for your chance to win a copy of this book! Not a member of the flock yet? Why not?!)
Threatened is a gripping journey into the world of chimpanzees and the life of an African boy whose fate becomes entwined with them when he finds himself alone in the forest. An African boy living on the streets escapes his jailer by heading into the forest with a scientist who is not entirely what he seems. They’ve come to study chimpanzees, but when the scientist disappears, the boy must fend for himself — and then join forces with the chimps to save their habitat from unwelcome intruders.
*** 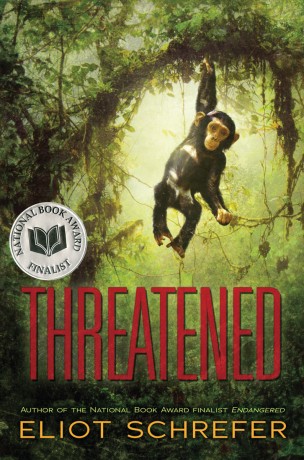 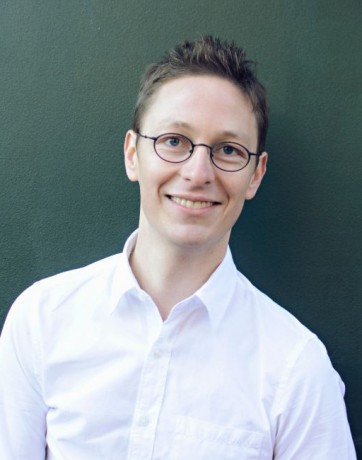 Eliot Schrefer is the author of Endangered, a 2012 National Book Award Finalist in Young People’s Literature. He is also the author of The Deadly Sister, The School for Dangerous Girls, Glamorous Disasters, and The New Kid. Schrefer is a contributor to The Huffington Post and has been profiled in Newsweek and New York Magazine, among other publications. He lives in New York City. Visit him online at www.eliotschrefer.com and on Twitter @EliotSchrefer.


***
IF YOU’RE A FLOCK MEMBER, PLEASE READ ON FOR YOUR CHANCE TO WIN A COPY OF THIS BOOK! (IF YOU’RE NOT A FLOCK MEMBER, LET’S RECTIFY THAT!)
#PRIVATE#
Hey Flock —
(It’s just us now…)
It always warms my heart to see good literature for children and young people (of all ages)! Let me know that you’d like a chance to win a copy of Threatened by Eliot Schrefer, by sending me an email (anne [at] ourhenhouse [dot] org) with a creative subject line, by January 23, 2015 at Midnight EST. Include your postal address. You know how much I love to update data.
You’re the flock of ages!
Anne