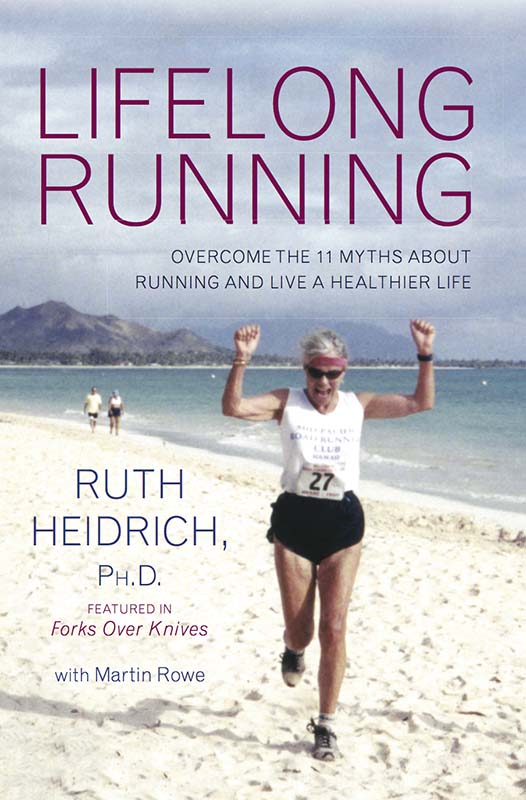 Exclusive Excerpt from “Lifelong Running: Overcome the 11 Myths About Running and Live a Healthier Life” by Ruth E. Heidrich, Ph.D.

78-year-old Ruth E. Heidrich, Ph.D. is “full of zip and vim.” That is how Lantern Books founder Martin Rowe described her to us when he told us about her just released book, Lifelong Running: Overcome the 11 Myths About Running and Live a Healthier Life (which Martin co-authored). As we initially thumbed through this book, we found ourselves at times laughing out loud, and at other times taking notes. Martin’s observation of Ruth was spot on, but beyond just her zip, she’s full of handy information that is accessible for seasoned runners and runner wannabes alike. Plus, Ruth is a vegan — bringing home the message that athletes can truly thrive on a plant-based diet. In fact, a healthy vegan diet is optimal for athletes.
Here’s how the book is described:

A cancer survivor, an Ironman Triathlete, and widely decorated marathoner, Ruth Heidrich has long been been a role model to athletes of all ages. But over the years even Ruth herself has encountered the various, commonly held misbeliefs about running, from “women shouldn’t run” to “you need to change your diet to run,” that prevent people from lacing up their shoes and getting off the couch. In this user-friendly guide, Ruth Heidrich debunks those myths and many more while providing the motivation, inspiration, and resources to start or maintain an activity whose benefits will last a lifetime. Along the way, Martin Rowe offers up practical advice as well as a look into running’s storied history. You’ll find out why there’s no perfect body type for a runner, how to measure your fitness level relative to your age, and how the modern marathon came to be. Accessible and informative, Lifelong Running shows that it’s possible to run well into your seventies — and beyond.

Today, Our Hen House is thrilled to be able to offer you an exclusive glimpse at Lifelong Running. Special thanks to Lantern Books. 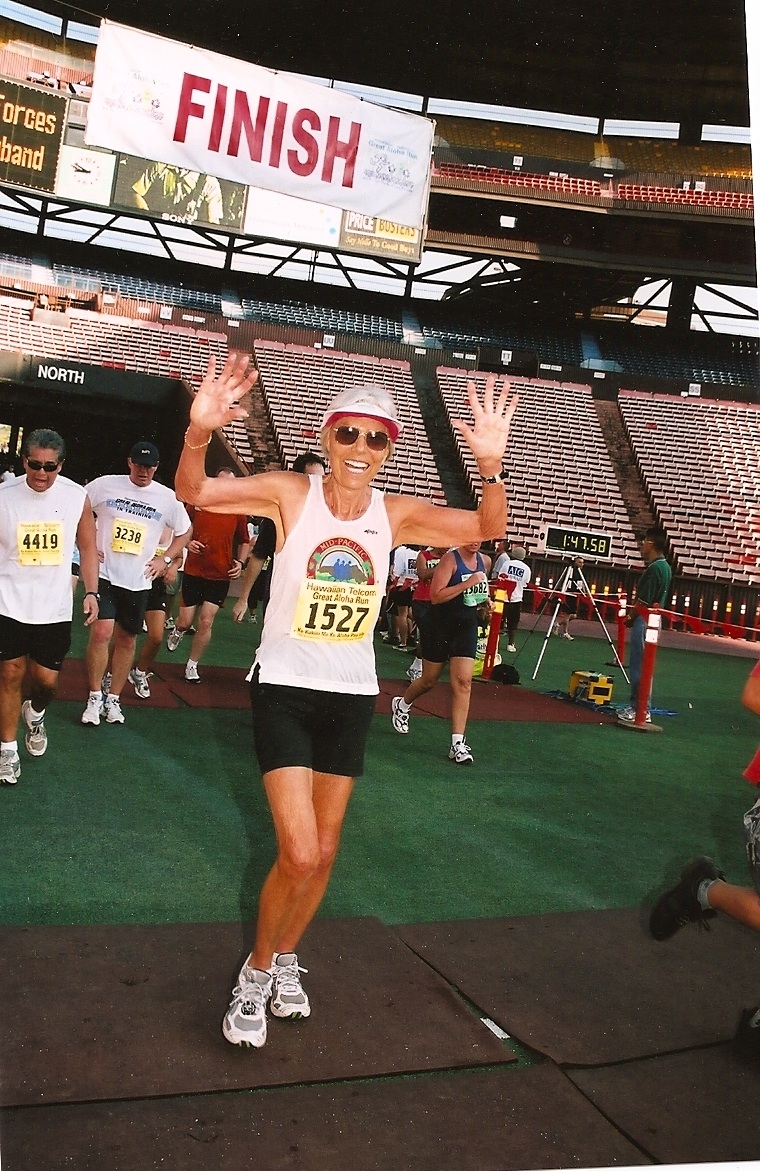 Lifelong Running: Overcome the 11 Myths About Running and Live a Healthier Life is available on Lantern Books, as well as on Amazon — in both paperback form and as an e-book. The e-book edition is also available on Amazon, and will soon be available on Barnes and Noble, Kobo, ebooks.com, and iTunes.
Author Ruth Heidrich received her Ph.D. in Health Management in 1993 and is also the author of A Race For Life, The Race For Life Cookbook, and Senior Fitness. She is a certified fitness trainer and holds three world records for fitness for her age group at the renowned Cooper Clinic in Dallas, Texas. She still actively competes in marathons and triathlons, having won more than 900 trophies and medals since her diagnosis of breast cancer in 1982 at the age of 47. With Terry Shintani, M.D., she co-hosts the radio show “Nutrition & You” on KWAI-AM in Hawaii. She is the founding member and past president of the Vegetarian Society of Hawaii and past president of the Mid-Pacific Road Runners Club. She has won eight gold medals in the Senior Olympics in Hawaii, Arizona, and Nevada.

Freedom to Be Yourself

Don’t Eat the Dog (Or Anyone Else)