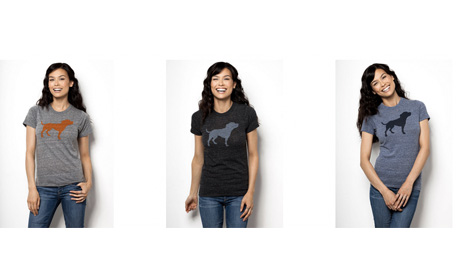 Fashion designer extraordinaire John Bartlett, who was recently on our podcast discussing his newfound veganism, has now launched a new line of clothing that benefits independent rescue groups that are pulling animals from kill shelters throughout the country. The Tiny Tim Collection was named after John’s rescue dog who, sadly, passed away last fall from lymphoma. 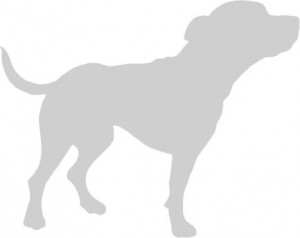 After being involved in a car accident that caused him to tragically lose his leg on Christmas Eve 2002, the precious dog who would become known as Tiny Tim (after the inspiring Charles Dickens character) found his way to the North Shore Animal League, and eventually to John’s home and heart. As these little creatures frequently do, Tiny Tim inched his way into John’s world in capacities that John never thought possible, and now, Tiny Tim’s legacy lives on.

John founded The Tiny Tim Rescue Fund so that much-needed money and awareness can be raised about shelter dogs in life-threatening situations who are relying on our help. According to the website, “The money raised by the Tiny Tim Rescue Fund goes to providing these dogs with medical attention, foster parents and, eventually, a loving forever home — a place all pets deserve.”

The clothes that are part of the chic Tiny Tim collection feature the dog’s silhouette, and, in addition to supporting this vitally important cause (since a percentage of the sales from the collection are funneled into the Fund), also allow stylish wearers the added benefit of displaying their advocacy for all to see. I have no doubt that the striking design will spur conversations that will lead to opportunities to enlighten others to the plight of dogs in dire situations and the heroic work of those fighting to rescue them.

Let me just add that John Bartlett is one of my favorite activists ever. His love for Tiny Tim opened his eyes to issues affecting all animals — from shelter dogs, to animals exploited by the fur industry, to farmed animals. As he explained when we interviewed him, John intends to use his platform as a designer to change the world for animals, whether that means publicly boycotting fur and encouraging other designers to follow suit, to proclaiming in mainstream media that he “wants to be a 100% vegan designer,” to using his clothing line (and one might say life line) to speak up for dogs in shelters. John Barlett is as true blue as they come.

Check out John’s heartwarming video below for more about the Tiny Tim Rescue Fund.

Animal Rights Book Swap: Saving the World, One Good Read at a Time