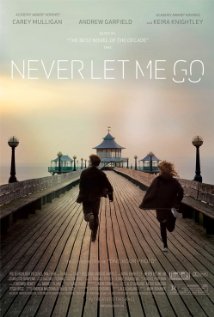 We’re excited to welcome back to Our Hen House freelance writer and animal activist Jon Hochschartner, this time to offer his analysis of the 2010 film Never Let Me Go. Be sure to check out his last OHH article on intersecting forms of oppressions, as well as OHH Media Coordinator Alessandra Seiter’s review of Jon’s ebook series. For more on Never Let Me Go, you’ll want to head back in time to Ari Solomon’s review of the film on Episode 48 of our podcast.
***
“Never Let Me Go” Mirrors Animal Exploitation
by Jon Hochschartner

“Never Let Me Go” (Fox Searchlight, 2010), a sorely-underseen film from 2010, can be easily read as an allegory for the exploitation of animals. The dystopian romance – based on what I hear is a masterful novel by Kazuo Ishiguro – stars Carey Mulligan and Andrew Garfield as a couple who belong to a class of humans raised as forced organ donors. While the story could serve as a specific metaphor for xenotransplantation, in a broader sense it mirrors the plight of all domesticated animals, whose entire existence is predicated on their use by others.
The film, which I will necessarily spoil, begins in the 1970s at Hailsham, which appears to be an idyllic British boarding school, attended by Mulligan and Garfield’s characters, Kathy and Tommy. A guilt-wracked teacher tells them they’re fated to die as young adults, after their bodies have been harvested for medical purposes. When they turn 18, Kathy and Tommy are moved to a group home for future donors, where they hear a rumor that loving couples can seek a temporary deferral from their duties. Despite their long-held feelings for each other, Kathy and Tommy do not share a romantic relationship. This changes after Tommy starts the donation process. Seeking further time together, the couple pursue the rumored deferral only to discover that it’s a myth. Tommy dies as a result of harvesting. The film ends with Kathy scheduled to begin the same process.
When discussing the movie, it should be mentioned that Tommy himself explicitly compares the lot of his kind – who are the product of cloning – to the victims of animal agriculture: “I suppose you both heard that Hailsham is closed. The only schools left now — you hear they’re like battery farms,” he says, suggesting that other institutions treat donor children exceptionally poorly. “I’m sure that’s an exaggeration though.” The comparison is apt. Like farmed non-humans, Tommy and Kathy are brought into the world solely so they can be objectified in a very literal sense.
If other schools in the story are akin to factory farms, Hailsham is the equivalent of a more “humane” operation, such as those championed by locavores like Michael Pollan. Without the proper context, a viewer could be forgiven for thinking that the posh Hailsham was filled with privileged children. Yet, like these “gentler” forms of agriculture, Hailsham ultimately raises its wards so they can be killed and dismembered. When the headmistress castigates students for smoking, it’s not for their own benefit, but rather because of the damage that they’re inflicting on their bodies, which are seen as belonging to others. “Never Let Me Go” reminds us that regardless of the conditions provided on “humane” farms, animals exist in such places to be exploited.
Like speciesism, which emerged to justify human exploitation of animals, an elaborate ideology exists in Kathy and Tommy’s world to rationalize the violence done to clones like them. When the couple visits their retired headmistress as adults, they wonder why their artwork was saved at school: “You have to understand,” she replies. “Hailsham was the last place to consider the ethics of donation. We used your art to show what you were capable of, to show that donor children are all but human. But we were providing an answer to a question no one was asking…We didn’t have the Gallery to look into your souls. We had the Gallery in order to see if you had souls at all.” It should be pointed out that despite this deep-seated enmity to clones, the organ-harvesting process seems to have existed fewer than fifty years in the film. In contrast, speciesism arguably originated in animal domestication and thus is infinitely more entrenched in our culture.
Ultimately, “Never Let Me Go” is the story of a human couple reduced to the status of animals. It’s a heartbreakingly sad film. But it’s the exploitation that’s sad, not the species of the victims.
*** 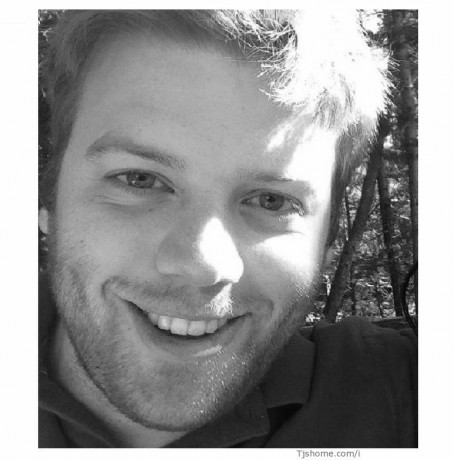 Jon Hochschartner is a freelance writer.