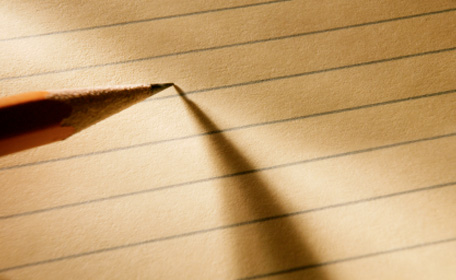 Runner-Up for Essay Contest: “Why It’s Unethical to Eat Meat” by Loren Fry

We’re excited to announce another runner-up for our contest, “Calling All Herbivores: Tell Us Why It’s Unethical to Eat Meat.” It is by Loren Fry. Tomorrow we will announce the winner, so stay tuned.

Why It’s Unethical to Eat Meat

People refusing to eat meat affirm a truth that many others find fanatical: that eating meat is wrong. And while this opinion may consign us to the status of overly emotional dilettantes, I have not come to my conclusion based on my emotions but rather the emotions and feelings of animals, otherwise known as sentience. 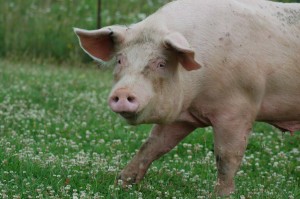 All living, breathing beings are sentient. While the degree of intelligence varies by species, each is imbued with the ability to feel pain, respond to threatening situations and experience heightened emotional states, just like us. When eating a steak, you’re consuming the bodily remnant of an animal who was self-aware, loved, was highly sensitive to pain, felt sadness and joy and avoided threats. What’s more, you’re consuming a being who endured both mental and physical agony just to become your dinner. While a cow may not be able to have a conversation or solve a math problem, shouldn’t sentience make their life worth something?

Imagine eating your dog or cat. Unthinkable, right? Like me, you’d exhaust any financial resource necessary to save and preserve the life of your companion animal. In western culture, dogs and cats hold a special rank in the human family and are afforded much consideration. Yet, in many non-western cultures, slaughtering them for human consumption is completely acceptable. Is it defensible that, since we’ve placed dogs and cats in a “do not eat” category, it’s fine to kill other animals of equal or greater intelligence simply because our companions have fallen arbitrarily into a group of favor?

According to the Cambridge University Veterinary School, pigs “have the cognitive ability to be quite sophisticated. Even more so than dogs, and certainly three-year-olds.” That’s a three year old human being, by the way! Researchers have taught pigs to play video games with joysticks, where they beat dogs in both speed and accuracy, and have also suggested that pigs can express an extensive range of unique personality traits, much like us. Despite this, the average American consumes 51 pounds of pig meat each year. Incidentally, it’s been said that pork is the most similar tasting meat to human flesh, but that could be a due to the fact our genomes are so similar when compared. (It’s evolution, check it out.)

Meat eaters consume certain animals, but spare others, simply because that’s what they do — not because of any scientific evidence suggesting that one species is more appropriate to eat than another, or that it’s appropriate to eat any for that matter.

If this were simply an emotional concern, it could be easily overlooked, but it isn’t. This entire argument is based on the fact that if something lives, breathes and desires deeply to continue living, then taking its life must be justified by an extraordinarily profound ethical defense. “I really can’t live without bacon” does not fit that criteria. In fact, given that human beings have advanced so far in the understanding of agriculture and the proliferation of food from plant sources, the excuse our ancestors tens of thousands of years ago could make for taking animal life has been thoroughly invalidated, simply by virtue of human progress. Therefore, we can only assume that the billions of animals slaughtered for human consumption in the United States each year are done so for selfish, superfluous reasoning, that I want no part of.

I consider every bite of a burger, chicken wing, or pork chop to be not only an expressed denial of human evolution and progress, but a decision to either remain blissfully ignorant or brutally aware.