Flock Doc: Becoming a Multifaceted Activist (Plus a Giveaway of “Vegan for Her”) 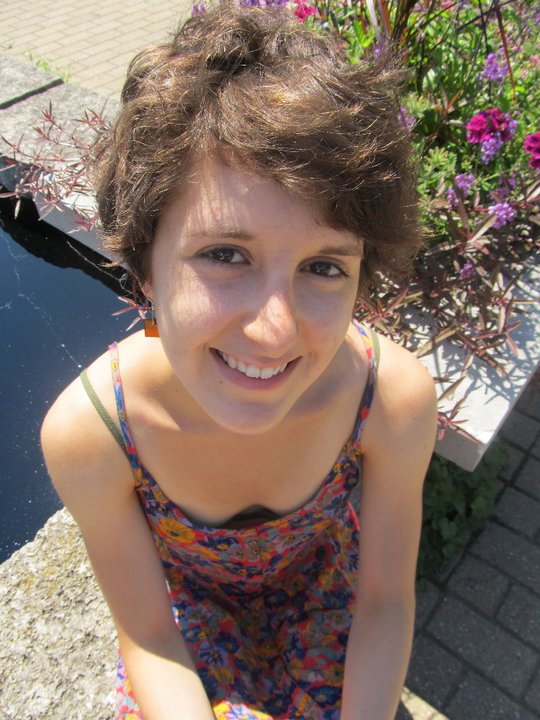 Hello, fantastic Flock!
You may know me — Alessandra — from my roles as Hen Press Coordinator and Contributing Writer for Our Hen House, or perhaps even from my blog, Farmers Market Vegan. Now, I’m thrilled to introduce myself as OHH’s Summer Intern. For the next three months, I’ll be hanging with the Hens in Brooklyn #PRIVATE#, helping out by writing features, recording podcast reviews, providing an extra hand during TV show tapings, taking Rose for walks, making almond milk lattes with the infamous frother…you know, all of the endeavors necessary for OHH to run smoothly.
I’ve dreamt of becoming involved with OHH since I first started listening to the podcast about three years ago — one year after going vegan. Though I initially transitioned to veganism for health reasons (well, it was a bit more complicated than that…), with the help of Our Hen House and other resources for animal rights, after one year my new diet became a lifestyle and I began to call myself an animal activist.
If you asked me about my activist identity today, however, I’d define myself as a social activist — vague, I know, but inclusive of animal rights, feminism, anti-racism, anti-colonialism, anti-capitalism, and more. This ideological shift came largely from my enrollment at Vassar College, a liberal arts institution in Poughkeepsie, NY that offers a progressive curriculum and attracts a socially conscious student body. As a freshman, bombarded with compelling (and angering) information about the multifaceted oppressions in our world, I immediately began to draw links between these newly encountered social justice issues and the ones I knew well: veganism and animal rights. I found myself thinking: “Women’s reproductive rights are violated…just like female farmed animals are artificially inseminated! Black and brown bodies are systemically exploited…just like the bodies of non-human animals!” Veganism and animal rights provided me a basis for understanding social justice issues about which I hadn’t read extensively, yet I soon realized the problematic nature of this framing.
One day last summer, I and my close friend and co-president of the Vassar Animal Rights Coalition (VARC) found ourselves (as Vassar students often do) discussing intersectionality — a social theory suggesting that the various aspects of one’s identity intersect in complex ways, as do the ways one is treated by society because of such aspects. My friend said something hugely profound that day: “It’s not enough to appreciate social justice issues based on how they relate to the one in which we’re most involved. For real change to happen, we must understand the importance of such issues in and of themselves.” That statement has guided my activism ever since.
While I will never forget that veganism and animal rights opened the door to my commitment to advocacy, I’ve since begun learning about and contributing to other social movements — not because they relate to veganism, but because their fights prove necessary in fostering a more just society. I think that all activists must work to recognize the confluence of inequities prevalent in our world, for disparate activism has the potential to create animosity between the feminists over here and the animal rights activists over there. We must realize all of our fights as intimately connected, and commit to individually understanding all of them.
Now, because I’m oh-so-excited about serving as OHH intern this summer and about intersectional activism, I’m offering you Flock Members a chance to win a copy of the amazing book Vegan for Her by JL Fields and Ginny Messina. Simply leave a comment on this post by Midnight EST on June 20, and we’ll randomly choose a winner on June 21! This is only open to flock members, and you can only enter once.
Thanks for your support!
Cheers,
Alessandra
Intern, Hen Press Coordinator, and Contributing Writer

Benjamin and a Bug