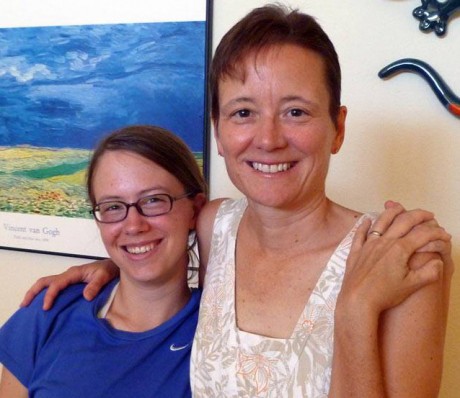 Dear Flock,
Thought for the day: Don’t throw the baby — or the grandma — out with the bathwater!
It’s easy to get caught up in our own circle, #PRIVATE# thinking that everyone experiences the world the same way we do, understands what we understand, and values what we value. We generally grow up with people of similar background who lived through the same cultural phenomena and shaping events. We tend to surround ourselves with people who share our specific values. If we want to optimize our efforts to change the world for animals, however, it’s helpful to understand different minds.
Although the majority of humans oppose cruelty to other animals, what drives people — their values and worldview — can vary a great deal. As advocates, we should consider these variations when constructing the message we present to others in our attempts to open hearts and minds and motivate change.
For example, you’ve probably experienced generational differences and maybe even generational conflict! Near Bridge’s founder Ken Beller (author of The Consistent Consumer) has done groundbreaking work in this area. One of the many insights I’ve gained from Ken’s work is to be aware of the values and motivations of people of different generations.
Like many in my generation, I tend to be individualistic, logic-driven, and task-oriented. I like to know the bottom line and get the job done. My daughter’s generation, though, is much more concerned about the feelings and opinions of the group. The attitudes and actions of peers are usually more motivating to this generation than reasoned arguments (to me) or traditions (to many older than me).
This is just one example of broad differences among generations of people who’ve grown up in the United States, of course. People of other countries and cultures have other defining experiences, events, educations, and upbringings.
In order to be effective at moving society forward for the animals, it’s important to occasionally step away from our own motivations and consider another viewpoint. This can be difficult (I know it is for me), but it is necessary if we want to build a better world for the animals as quickly as possible.
Each individual in each generation has a great deal to offer. We can tap into their capacity for change as long as we remember that their change might not — and need not —  take the same path as ours.
As I fly past the half-century mark, I’d like to leave you with this quotation from Walt Whitman that was on a birthday card I received:

The sweetest songs yet remain to be sung.

By making this true for ourselves — and allowing it to be true for others, whether they are 25, 45, or 105 — we can help everyone change the world for animals.
Let’s keep on singing!
Peace,
Anne Green, Development Coordinator

Episode 229: “Never forget that justice is what love looks like in public.”