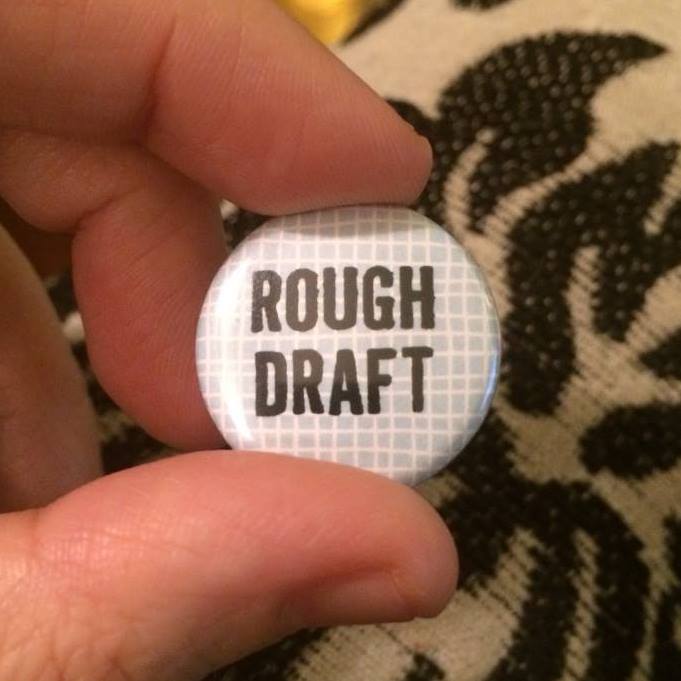 Flock Doc: Questioning Assumptions (and Other Lessons Learned Through Buttons) — Plus, a Hen Earring Giveaway… 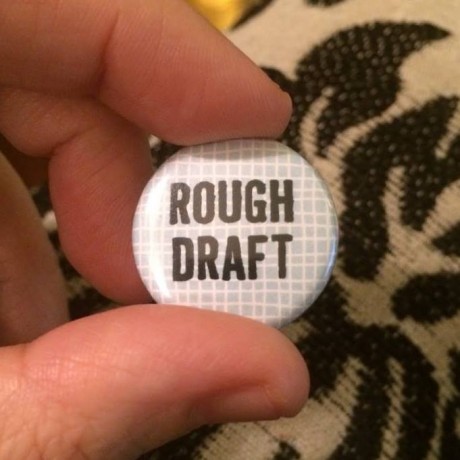 When I first went vegan, I had a button on my bag (who didn’t, right?) that said “Question Assumptions.” I’m sure in a lot of ways, the buttons pinned to my bag at any given time could aptly describe my life stage, my mindset, or my level of inebriation. (That last part was a joke, I think.) I guess it’s appropriate, therefore — given my current book project and my mid-thirties identity crisis — that the button on my bag at the moment says “Rough Draft” (which I personally find endlessly hilarious).

I guess both of those things — “Question Assumptions” and “Rough Draft,” as well as the countless vegan-related buttons I’ve had pinned to my bag and my story throughout the years — are somehow representative of the gestalt shift that occurs to each of us when we go vegan. Because, when we do go vegan, we inevitably question the reality that we’ve blindly followed up until that point, and we ask ourselves, “How could we have not have known?” The “Rough Draft” part comes in because, if you’re like me, you’re also asking yourself in what ways you’re still blind.

(And, if you’re like me too, you’re constantly making mistakes, smacking your forehead with a Homer Simpson-style “d’oh!,” reassessing the rules, and starting over.)

We are each works in progress — each of us are rough drafts of ourselves. If only the world was a rough draft of itself — but I don’t think it will be so lucky.

And, that said, I guess neither will we… There is only one planet — and there is only one you, and one me. If we had never questioned assumptions, we would probably not be vegan today. And if we don’t continue to question them, I’m not sure we’ll continue to evolve.

Rules, in my opinion, are right up there with assumptions. I’m not saying you should just go out there and “break them” just for the sake of it (though sometimes, definitely, break them…). Rather, I think that my early daze of veganism carried an important insight — to question assumptions, and question the rules. And never, ever, think that now that you’re vegan, you’ve got the rest of it down, too. Because you don’t — and neither do I. 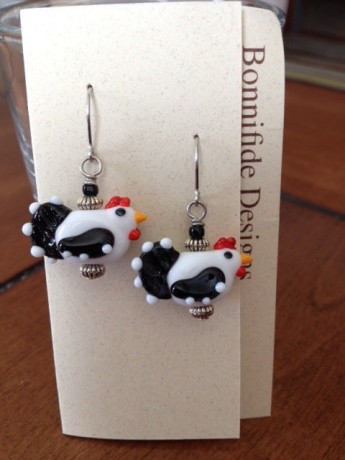 Here’s how to enter to win: Comment below and tell us one assumption you have questioned over the years that has ultimately changed you.

In one week — so, on Saturday, July 19, at Midnight EST — the contest will officially end and we will randomly choose one lucky flock member to win the earrings. You may only enter one time, darlings. I look forward to hearing about the assumptions you’ve worked to debunk.

Episode 235: “There is no religion without love, and people may talk as much as they like about their religion, but if it does not teach them to be good and kind to man and beast, it is all a sham.”

Fight Factory Farming, Save the Planet