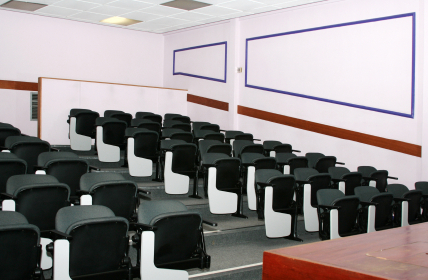 We’re not born fluent in any language, but it’s easy to learn our native tongue. Our parents and family speak it to us from day one, everyone in our environment speaks it, everything we see is written in it. We learn the history, the culture; we know our way around.
The vast majority of US-Americans don’t want to learn another language. Why should they? Everyone around them speaks American-English, and they aren’t going to travel to (much less live in) another country. Why struggle learning not only different words and sounds, but also a new way of thinking? Especially when it goes against habit, tradition, culture, environment: why bother?
Because of an inspiring teacher, I undertook a mighty struggle that spanned years at universities — including a few in Germany — and culminated in a PhD. After all that, I began my first career as a teaching professor of German at Carnegie Mellon University. Like all good teachers, I was excited about my subject and wanted my students to be just as excited. I wanted my students to recognize the beauties of the German language and culture.
But when I asked, “Who’s taking this class because it’s a requirement?” every hand went up. It could be demoralizing.
Teaching Vegan
There are many parallels to what we’re seeking to accomplish. #PRIVATE#
Let’s face it; most of us weren’t raised vegan. We learned vegan as a “second language.” We made the switch to more compassionate choices after learning about the hidden harm that comes to animals. Over time, we overcame the considerable differences between vegan and our upbringing, traditions, and food habits.
Now we want everyone around us to make the same changes. We want everyone to recognize the beauties of this culture of not harming animals for food.
But just like a new language, most of those around us don’t want to learn vegan. They don’t want to overcome habit, tradition, upbringing; they don’t want to re-think the first thing that pops into their head.
The best teachers remember what it’s like to be that extremely reluctant learner — most of the students we encounter as we teach compassion. We need to keep in mind that the best (and most successful) teachers start slowly, don’t expect perfection, and ensure success.
Ensuring Success
Knowing my beginning German class was filled with reluctant learners, I structured my teaching to ensure immediate — albeit simple — success. I spoke only clear and simple German from the first day, and used props, gestures, even song and dance (yes, really) to keep it lively. After the first class, all 25 or so students could introduce themselves, say where they were from, and where they were living now. Students came in the door with no German skills at all, and left that first day feeling: “I can do this!”
And they could!
The best teachers ensure success by making it easy for learners to comply. We do this not by name calling, obsessing over minute details, and demanding that all the rules be followed. Rather, our lessons are fun and interesting — and delicious! By making every encounter a positive one, we can help our students progress and keep them coming back for more.
Instead of reacting with anger at their mistakes with the dative case (their continued consumption of cheese), rejoice with them for whatever they’ve mastered. Your parents started Meatless Mondays? Rejoice! Your friend enjoyed a veggie burger? Rejoice! Your co-workers raved about the vegan cookies you brought in to the office? Rejoice!
There’s never a need for us to assert our superior skills. Of course we speak fluent vegan;  we’re the teachers, after all. Let’s learn from the best and teach our students well. 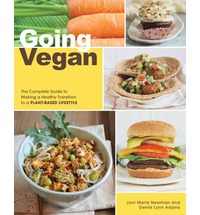 PS: If you’ve read this far, you could win!

Send me an email (anne [at] ourhenhouse [dot] org) by midnight EST on 9/26 to be entered in a drawing to win an Our Hen House tote bag (to keep); Our Hen House postcards (to spread around); and the new book by Flock member Joni Marie Newman and Gerrie Lynn Adams — Going Vegan: The Complete Guide to Making a Healthy Transition to a Plant-Based Lifestyle (to give to a student of compassion, perhaps?).

Episode 245: “We’re under some gross misconception that we’re a good species, going somewhere important, and that at the last minute we’ll correct our errors and God will smile on us. It’s delusion.”

Episode 549: The Ethics Behind Animal Planet’s Saved by the Barn ft....

Flock Only: Chapters 4-6 of the Novel, “The Chain”

PATH Says Wildlife Damage in the Gulf is Much Bigger Than BP...