The thing that’s so nice about writing to you, dear Flock, is that I can let my hair down, so to speak. I don’t have to message things as carefully as I do when addressing meat eaters and I’m hoping to sway them. I can relax. It can be so tiring some times having to worry all the time about your messaging. In fact, I’m starting to think that maybe I worry too much.
As you probably know, frequently Jasmin and I give talks at VegFests and Animal Rights events. We have a few different themes that we talk on — 10 Tips for Going Vegan, Activism101, Animal Law101, Writing for Animal Rights, etc. The audiences are usually great #PRIVATE# – VegFests in particular draw people who are thinking about going vegan, or at least moving in that direction, but who aren’t there yet, so we’re not preaching to the choir. But there are always enough members of the choir present to make you feel at home.
The talks generally last an hour, and we try to mix them up with stories, and skits. Anything to get the point across. We try to explain how it’s not that hard, how the food is terrific, how it’ll make you feel good. We work at conveying our passion without coming on so strong that it will put people off. We usually come away feeling a bit exhausted but thinking, hoping, that it went pretty well.
But sometimes I feel like I could give the talk in less than a minute. “They’re animals. Don’t eat them. What are you, crazy?”
It’s not rocket science, is it? I know that each of us has to go through our own process of changing our view on animals and letting go of the deep enculturation that led us to believe it’s OK to eat them and use them. We have to read the philosophy or maybe study the legal landscape. We need to find out what a gestation crate and a battery cage is; learn the facts and figures on climate change, numbers of animals killed in the US, number killed globally. Fish sentience. Pig intelligence. Chicken social circles. We have to process it, and once we’ve learned enough to make us feel it’s time to make a change, then we have to learn it even better to defend our decision and, hopefully, be able to convey that information to others.
But is lack of information really the problem? Isn’t the truth staring us all right in the face? They’re animals. You don’t have to go to school to understand that they have thoughts and feelings and passions and desires and everything else. And if you’re not sure about the awareness level of members of a particular type of animal, for heaven’s sake, err on the side of caution. At the very least, don’t eat them. What is so complicated about that?
OK, Flock, I know you know all of this. But thanks for letting me rant. And maybe for helping me rethink my activism. Sometimes I think I make it all too complicated.
xx mariann 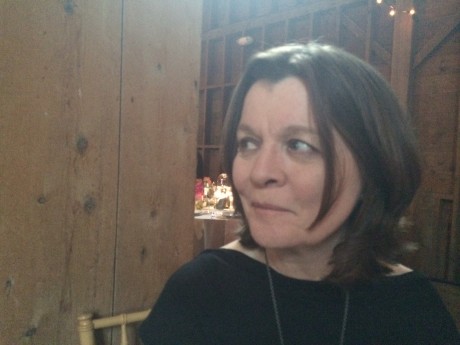 Episode 232: “Man is the only animal that can remain on friendly terms with the victim he intends to eat, until he eats them.”