We’re sure that by now, all of you darling flock members are just as addicted to reading Robin Lamont’s The Chain as we are. Did you catch her squawking about it on the OHH podcast and TV show? Robin is generous enough to be sharing the entire novel with you installments. Not only is it a well-written story that keeps readers on the edge of their seats, but it is also centered around animal rights themes.
Here are the previous installments in case any of you darling flock members have missed any: #PRIVATE#
Chapters 1-3
Chapters 4-6
Chapters 7-9
Chapters 10-13
Chapters 14-16
Chapters 17-19
Chapters 20-23
Chapters 24-26
Now without further ado, here are chapters 27-end! 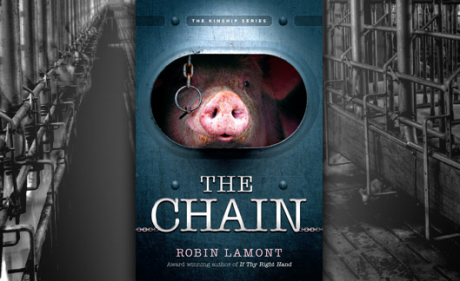 Episode 16 of the Our Hen House TV Show is Now Viewable...