Flock Only: Giveaway of “Maximum Tolerated Dose,” and Inside Scoop from the Coop

Dear Flock,
This past weekend, we visited Farm Sanctuary to shoot our first episode in what we hope will be a series entitled “Activist.” #PRIVATE# We are doing this project alongside Seth Webster, the filmmaker behind “What Came Before?” Our first episode will feature Susie Coston, Farm Sanctuary’s National Shelter Director, who joined us most recently on Episode 187 of our podcast. Without question, this was one of the most visually stunning trips I’ve ever been on. And to have the incredible opportunity to be able to get to know Susie a bit better — including learning what makes her tick, and what drives her — was a real privilege. Here are some snippets of why the weekend was so special: 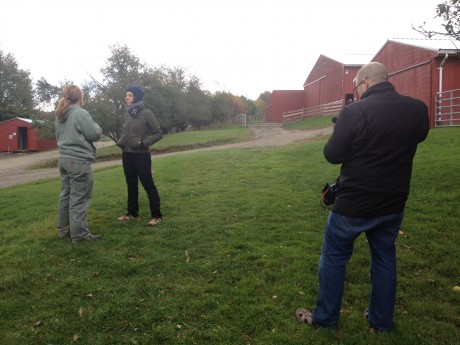 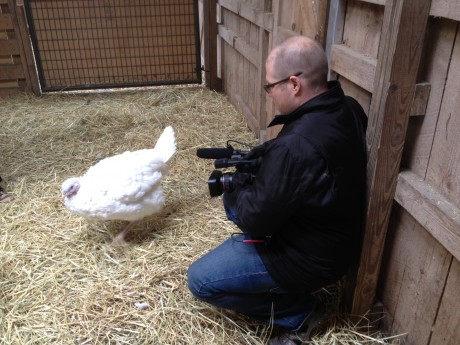 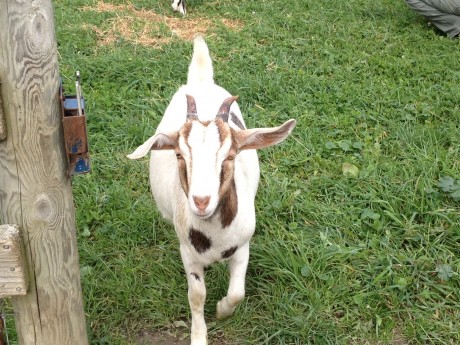 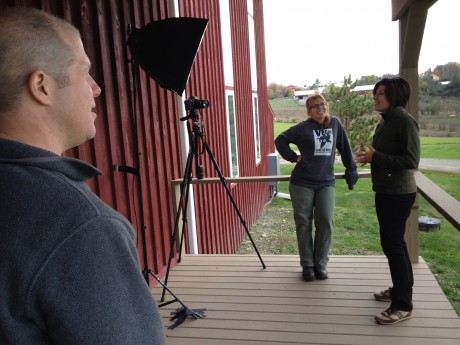 This was our initial interview with Susie. She makes my job easy. 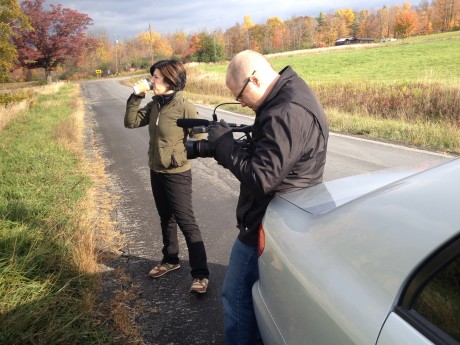 Throughout the weekend, I conveniently forgot about the fact that I don’t drink caffeine. 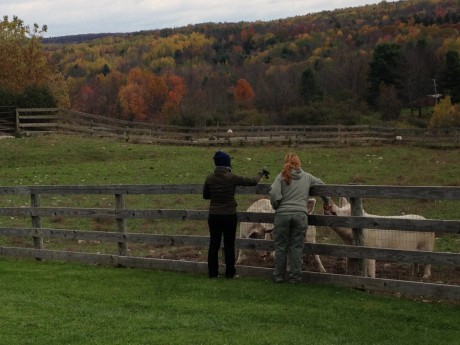 Susie and I fed the pigs apples. They loved them so much. 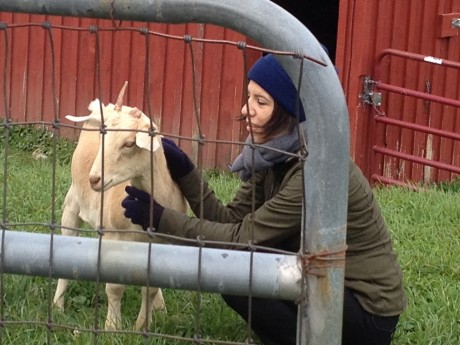 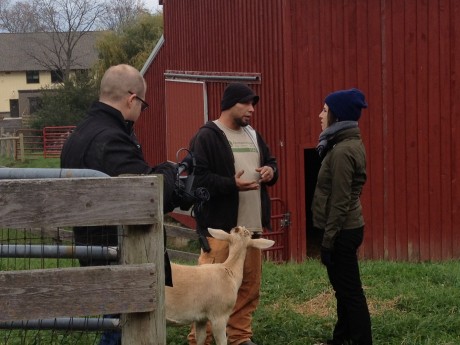 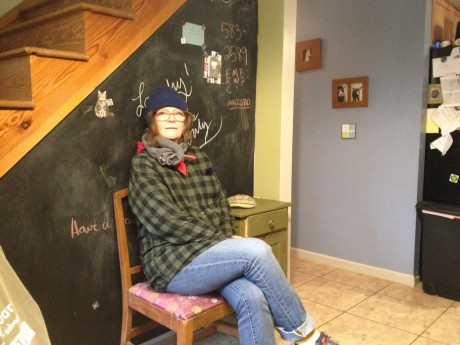 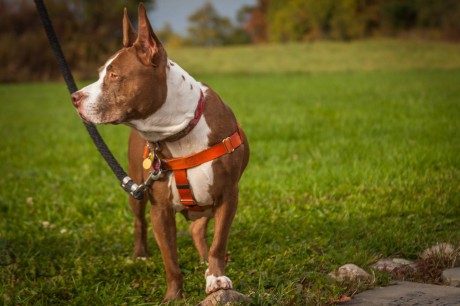 This gorgeous photo of Rose is by Seth Webster 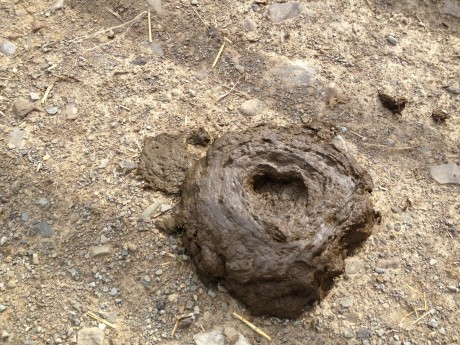 (Love can sometimes be shitty. What can I say?)
Did you hear Dr. Theo Capaldo interviewed on last weekend’s podcast, and then read her follow-up article for OHH, “Fighting Science With Science: The End of Vivisection“? I found it refreshing and inspiring. Vivisection is not spoken about in our movement nearly as much as it should be. One recent undertaking trying to change that is the documentary, Maximum Tolerated Dose, by Karol Orzechowski, which focuses on the hideous and hidden world of animal research, and interviews folks who broke out of that world and now speak up for animals instead of exploit them.
Today, I’m excited to offer one lucky flock member a chance to win the DVD, Maximum Tolerated Dose. (Special thanks to Karol and the folks at MTD for sending us the giveaway.) To enter to win, just email contest [at] ourhenhouse [dot] org. In the title of the email, write “MTD givewaway,” and be sure to include your name and full mailing address. (And feel free to say hello to Danielle, who will receive your email!) You have one week to enter — so, you have until midnight EDT on Thursday, October 31 (Halloween!). On November 1, we will randomly select a winner. You can only enter one time. Good luck!
Speaking of next week, my birthday is coming up on Wednesday, and, for my birthday wish, I’m trying to raise funds for Our Hen House. I even made a video to tell you about it:

Since this is likely the final flock letter prior to my birthday, I thought I’d work my old Jewish guilt and embed that video one more time! Oh, and thank you so much to those of you who have already donated for my birthday. It means the world to me (especially since donations are being doubled between now and the end of the year, thanks to our Barnyard Benefactors).
I will also add, while we’re on the subject, that if you became a flock member by making a one time donation of $100 or more (as opposed to by becoming a monthly donor), I hope that you will consider renewing your flock membership early this year, while your donation is being matched. So, if you became a flock member by way of a one time donation back in March, 2013, say, and you renew in December, 2013, your $100 counts as $200! Or your $150 as $300, and so on! (Though be aware that you will have to renew the next time, if you think that far ahead, in December 2014.) Another option would be to just become a recurring monthly donor, and not even worry about renewal. Whichever you choose, thank you from my hen heart to yours, for supporting OHH so steadfastly and enthusiastically.
Imma stop talking about money now.
Surely by now you saw our open letter to Nicholas Kristof? I was pretty thrilled when he retweeted it.

Almost as thrilled as when Joyce Carol Oates started following us on Twitter a few minutes later.

This was Mariann after that happened: 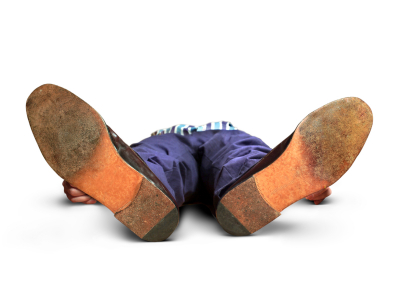 Yesterday was indeed a crazy day.
And to spill the beans just a little: We are currently planning for Episode 200, which — holy rescued shih-tzu! — is in just 2 weeks! And our dynamite Associate Producer, Liz Dee, managed to score quite the guests for this episode. Here are the clues: 1) hip hop (no, it’s not Russell); 2) vegan (duh); 3) powerhouse couple (not us, y’all!); 4) formerly located in Brooklyn. Any guesses? We also have some other exciting things in store for Episode 200. We’re excited to bring it to you!
But before we do, we have Episodes 198 and 199, which are equally fabulous, IMHO. This Saturday, for example — on Episode 198 — the brilliant Mark Hawthorne will be joining us once again to discuss his forthcoming book, Bleating Hearts: The Hidden World of Animal Suffering. And we’ll have a review of the 1977 film, Killer of Sheep.
There’s lots going on here at OHH, as usual. Mariann and I are headed to Queens tonight (weird, right?) to see a play (even weirder). It’s called Pirira, and it’s said to “explore how our lives are inextricably linked across cultures, continents, language, and time.” Ain’t that the truth.
xo jasmin
Share 0 FacebookTwitterPinterestEmail
previous post

Hey! Pay attention to ME!