Flock Only: Lifting the Veil of Oppression, One Individual Story at a Time 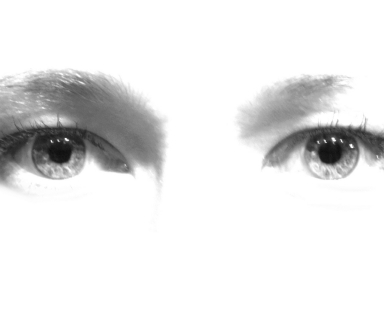 Dear Flock,
Yesterday, on my news feed on Facebook, I happened to notice someone waxing poetic about how lovely it was, during a recent trip, to see cows grazing. I happen to know that the cows she mentioned were not grazing at a sanctuary, and certainly not “in the wild” (whatever that means, these days). #PRIVATE# This publicly-made observation, with all the many “likes” it got, irked and saddened me. I know I shouldn’t pay that much heed to one-off comments like these made on social networking sites, but the thing is, this kind of cognitive dissonance is definitely not reserved solely for Facebook shares. Even I, as a kid, remember my family slowing the car down so that we could point at the cows and “awwwwww” over the sheep — true to form, making exuberant kid-like “mooooos” and “baaaaas” along the way. As a child, it obviously never even crossed my mind that these animals were nothing more than commodities, and that they were trapped in a cruel and unjust system so that I, on my next rest stop break, could consume them at the closest Burger King. That had never occurred to my mother either (she’s now a passionate vegan, too), and clearly it had not occurred to my Facebook friend who marveled at the grazing cows she encountered during her trip.
This is hardly unique. The same kind of disconnect we as a society have about farmed animals, we also have about myriad other social justice issues — many of which I’m still discovering, since this is, after all, an ongoing evolution. I just found an article (though it was published 10 months ago) featuring a photo gallery entitled “The Real Toy Story,” highlighting Chinese factory workers and the toys they make. The gallery shows photo after photo of workers, holding things like cheap plastic baby doll parts, or Spongebob toys.

According to the article:

In 2010 the average monthly salary, including overtime, for a migrant worker was CNY1,690 (UK£150 / US$240), insufficient to cover basic needs for workers and their families. In 2009 alone, approximately 1 million workers suffered industrial injuries whilst about 20,000 were victims of occupational disease.

I’m not sure I need to use this flock section to be self-righteous (well, I’m not sure I should ever be self-righteous, though I know I can appear to be sometimes — and that’s something I constantly try to work on). With that unnecessary disclaimer then, I’ll say that I try very hard to not support sweatshops, and I do my very best to solely buy things second-hand. (There are exceptions, but I try to make them very conscious and only when absolutely necessary.)
It’s shocking when we’re confronted, face to face, with this kind of disgusting consumerism of which we’re so clearly a (big) part. I shared that photo essay on my Facebook page — without even adding any commentary — and received a ton of “shares.” (Not nearly as many, I might add, as the shares I get when I post an exposé of factory farming — but I’ll save that discussion for another piece.)
People seemed shocked by what they saw. For some of us, it acted as a reminder of why we try to steer clear of supporting sweatshops. (By the way, I don’t purport to be an expert on this. I’ve heard of and read arguments for and against various systemic approaches to fighting sweatshop conditions rather than just boycotts; for example, if some of these factory workers didn’t have these jobs, they might be even poorer and more desperate than they are.) For others who saw the photo essay, it came as a true surprise to connect actual faces with the crap we buy our kids and ourselves. People were outraged! They even clicked “like”!
But then what? After viewing these photographs depicting jobs that we ourselves would never take, nor would we want for our children, do we click “like,” proclaim “WOW!,” and then buy some unfairly-produced stocking stuffers once Christmas rolls around, because, hey, it’s Christmas?
Maybe not. There’s something about having seen these photos that may make us all (myself included) actually change our behavior. The reason this piece hit me so deeply is because it added a person to the mix. A parent. A child. A sibling. A neighbor. A story.
Maybe that’s the point of what I’m talking about today. Maybe all of this is reconfirming for me the vital part that individual stories play in creating awareness and, ultimately, creating change. It’s how I helped raise money to rescue a dog named Tips; lucky for me (and for Tips), I had my FlipCam with me that day. Had my DIY video focused on all of the strays in Puerto Rico, where we found him, I doubt very much I would have raised a cent. But my video focused on one dog’s story, and people flocked to save him. We were able to donate the additional funds to an excellent animal shelter in Puerto Rico — All Sato Rescue — and I hope that, along the way, we educated all the donors, and those who watched the video but didn’t donate, about strays.
We need to lift the veil, just like the veil was lifted in the photo essay on the Chinese factory workers. We need to focus on individuals, just like Tips. We need to penetrate this epidemic of “out of sight, out of mind.” And we need to stop seeing animals as part of the scenery and find out the true story of what happens to them when they are not grazing in the field. There are individuals behind each of our actions, good and bad.
Each of you, and your passion that you so generously share with me and the rest of the OHH team, inspires me. You give me hope as you lift the veil.
xo jasmin

The Wild Turkeys of Swisshelm Park