Dear Flock,
As both Mariann and I are battling with pretty severe head colds, we asked for a bit of extra help with this week’s flock piece. And I think that the outcome has actually managed to somehow make us a little healthier. I’m so glad I asked the rest of the OHH coop to weigh in with where they find hope in this sometimes very frightening and overwhelmingly violent world. It’s a question I’ve posed before, and I think I’ll continue to pose, since our sources for hope evolves regularly, and I myself find hope in learning about why others have it, and where they draw it from.
So read on for some true inspiration from some of my favorite people on the planet — all of whom I am lucky enough to work with. If you feel like it, I’d love for you to weigh in below in the comments section with what resonated with you, and with what gives you hope.
And stay healthy.
xo jasmin #PRIVATE# 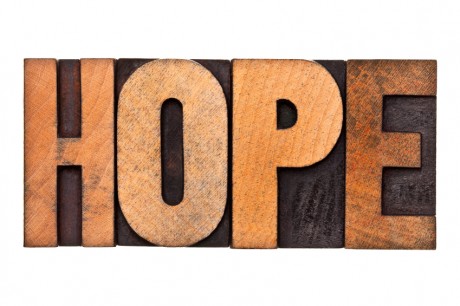 “I find hope in very small things. Little cracks in what used to be an impenetrable wall. For instance, just a year ago my teenage daughter — destined for baking and pastry culinary school — would complain bitterly that I didn’t buy eggs for her to make desserts. Mostly I held my ground. Today she complained bitterly that we were out of soy milk so she couldn’t make a vegan cake. Pump fist!” – Robin Lamont, Our Hen House Contributing Writer & author of The Kinship Series
“What gives me hope is our swelling ranks. There are more ethical vegans than ever, both in the U.S. and abroad. The more the message gets out that animals deserve decent treatment, the more people try to deliver it.” –Piper Hoffman, Our Hen House Columnist
“I find incredible hope in my third-grade students, who are passionate about treating animals with dignity. (One parent recently shared that her daughter burst into tears when she found pork chops in the refrigerator.) I’m hopeful because our science department is quickly changing its policy of disposing of raised frogs at the completion of an amphibian unit. Last year, our school began instead working with the Audubon Society to raise and release an endangered species of toad. This year, several other schools are participating in this kinder program as well. Finally, I’m heartened when colleagues seek me out for recipes for vegan goodies. Never underestimate the power of banana chocolate chip muffins.” -Katrina Donovan Fleming, Our Hen House Children’s Book Reviewer; blogger at Suburban Snow White
“For me, hope comes in remembering past social movements that faced seemingly unconquerable resistance, yet prevailed in the end. Hope comes from seeing my parents transition to veganism after watching Forks Over Knives. Hope comes from the jaw-droppingly long line that formed in front of a DF Mavens stand that was giving away free samples at my school. Hope comes from knowing that the executive board of the student environmental organization at my school is connecting the dots between animal agriculture and ecological health — all of them are vegetarian. Hope comes from learning that one of my professors has raised both of his children vegetarian, and that another one of my professors will raise his newborn child as a vegan. Hope comes from remembering that change happens slowly, and that just because I probably won’t see the ultimate change I’m hoping for in my lifetime, that doesn’t mean that it won’t happen.” –Alessandra Seiter, Our Hen House Contributing Writer & Hen Press Coordinator
“I find hope in the power of technology. Despite it’s flaws and potential for misuse, our ability to make connections and open hearts and minds through the internet is huge. People I have not seen in 5, 10 or 20 years have reached out to me within the past year for advice on cutting animal products out of their diets. Amazing blogs, websites, podcasts (and now the OHH TV show!) are spreading the word to so many people who may not have otherwise learned the truth.” –Laurie Johnston, Our Hen House Graphic Designer
“There is so much to be hopeful about!!! Google searches for the word vegan are up enormously, American meat consumption per-capita continues to drop, and ten percent of Swedes now identify as vegetarian or vegan. Aside from looking at sea changes, focusing on individual compassionate choices makes me incredibly hopeful. For instance, I love to hear people’s ‘going vegan’ stories. They remind me that people who aren’t vegan simply aren’t vegan YET. I make it a point to leave room in my thoughts and words for everyone to go vegan — no one is excluded from this party!” -Liz Dee, Podcast Associate Producer
“I think you can find hope in so many places! Youth like Rose McCoy — passionate, educated, well-spoken youth who are simply NOT willing to go with the status quo. These are youth who refuse to back down, and they’ve got the facts backing them as they stand up and demand change for animals. I also find hope in the parents who encourage their children to fight the right fight, and every adult along the way who says ‘I hear you, I understand, and I’m fighting alongside you.’ Knowing these youth are out there, that their parents are, and that the number of others who will be there to support them is growing, THAT is what gives me hope.” -Danielle Legg, Outreach Manager
“Hope, for me, comes in all sorts of shapes and sizes. From a friend participating in Meatless Mondays to a coworker phasing out fish and becoming a vegetarian, I find hope in all forms. Hope is as simple as someone asking me a question about being vegan — it’s a door opening up to a world of possibilities for this person. Hope can be found anywhere, even in the positive reaction to the vegan dish you bring to an omnivore potluck. People’s perspectives are shifting because of the vegan activists fighting the good fight — and that, most of all, gives me hope.” – Alison Mercer, OHH Board Member
“Rose McCoy gives me hope. Seeing a 13-yr-old speak about veganism and animals and protesting so eloquently on the Our Hen House TV show was so inspiring. Knowing that there are other kids out there like Rose who have been vegan for their entire lives gives me hope. Esther The Wonder Pig gives me hope. So many people are welcoming Esther into their homes, seeing that she is just another beautiful being who wants to be happy, and changing their minds about the way they view pigs and other farm animals. I know that Esther is helping to change the world for animals. I know that Rose is. This gives me hope.” -Craig Middleton, Our Hen House Communications Coordinator

Episode 223: “Hell is empty and all the devils are here.”

“She was an animal person before there was such a thing as...

OHH Bonus Content: Dale Jamieson on the Issue He Worries About the...