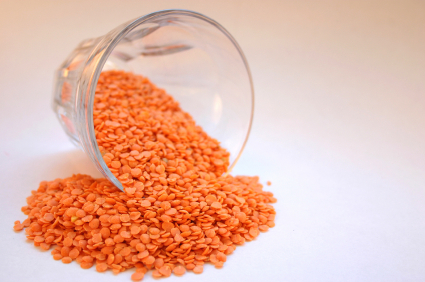 Dear Flock,
It’s super early on Friday morning. I could not sleep because: 1) I had a dream that I was going for a run and I slipped in a huge pile of mud and was completely covered in it; and 2) I kept thinking about Steve-O.
I’m going to let you in on a few secrets in today’s flock letter. #PRIVATE#First of all, Steve-O — yep, that Jackass — is going to be the guest on our next podcast episode (#188). And then next week, on Episode #189, we will be joined by Emily Deschanel, of “Bones.” (Speaking of dreams, the night before we interviewed Emily, I kept dreaming of her. Nothing illicit! Boring stuff, like “podcaster nightmare” kinda things: the sound wouldn’t work; we kept talking over each other; I accidentally hung up on her. We *love* Emily and we love “Bones,” so this was a real treat for us. Needless to say, the interview went really well — nothing bad came true from my dream — and I look forward to you hearing that a week from tomorrow.)
But back to Steve-O. This is a contentious episode, y’all. I don’t want to spill the beans (even though I know you love beans), but why not taste a few to make sure they’re nice and squishy and cooked? Here’s the deal: Steve-O just finished hosting a show (for TruTV) called “Killer Karaoke,” in which contestants are forced to do disgusting, horrible, and inexplicably odd things while singing a karaoke song. On one episode, a woman sang a song as she was submerged into a tank of ice water — while buckets of snakes were poured in. Mind you, Steve-O is a passionate vegan and animal rights activist. So when this aired, and scathing letters, comments, emails, and complaints started pouring in, it shouldn’t have been surprising. And yet it was, because Steve-O had not thought about the implication of the snakes being used. Anyway, on the interview he did for OHH, he talks about this, and about his deep regret. Steve-O makes a pretty powerful apology — which, trust me, you’ll want to hear. And that’s not even the kicker. Here’s the kicker: According to Steve-O there are some serious questions about why he was not asked back to host Season 2 of “Killer Karaoke.” He told us, “I believe the only reason for me not being the host in future seasons is because I’m unwilling to participate in what I perceive to be animal cruelty.”
So, that’s just a teaser, basically. This is hot off the presses, chickens. This is big. Could Steve-O’s commitment to animals have cost him his job?
Also, while we’re on the subject: I don’t want to say either way, but since we’re going to be rolling out some press releases this morning about the whole Steve-O fiasco, let’s just say that it’s possible that a certain podcast episode is already published, a day early. Maybe …
In other news — as if there were other news — my newest piece for The Huffington Post came out just yesterday afternoon. It’s entitled “Grandma Knows About Confinement: In the Wake of Losing Her Mobility, She Speaks out Against Animal Cruelty.” After it was published, my hands were shaking for hours. Mariann said that I’ve never reacted like that to having something published before. She’s right. I don’t know exactly why I was in freak-out mode. I can only surmise that the deeply personal nature of the piece sent me in tizzy. I also love my grandma so much, as you probably already know, that it somehow makes what she’s going through real to put it out there so publicly. Anyway, the piece centers around Grandma’s feelings about animals. She really is an incredible person. I hope that you take a look at the article, share it, “like” it, follow me on HuffPo, yadda yadda.
Finally, I’d like to ask you for a favor. VegNews’ annual Veggie Awards are here again. In 2011, they named Our Hen House the Indie Media Powerhouse, which was really wonderful. This year, we’re nominated for Best Website! We were hoping you would kindly take a moment and vote for us? It would mean the world to us! We work so hard to give you quality content every single day. Our online magazine is like our heart and soul, and there are literally thousands of pieces for you to read and explore all pointing to the same goal of changing the world for animals. Plus, just by completing the survey, you have the opportunity to win a week-long vacation on a vegan cruise! (And yes, I’d be happy to be your travel mate. Thank you for asking.)
That’s about it from me today, chickens. Let’s hope that we make some hay today.
xo jasmin

Episode 188: “Outrage is the nutrient of activism.”