Flock Only: Virtually the Only Thing Standing Between Us and Total Animal Liberation are Lies

Dear Flock,
This past weekend, I had the honor of presenting one of the two keynotes (alongside Jon Camp) at The Humane League of Maryland After the Holidays Party for the Animals. I will talk more about my experience speaking there on this Saturday’s podcast episode — #210, which, by the way, marks our podcast’s Four Year Anniversary! — but for now I will tell you this: the bottom line of my talk, as you probably gathered from the title of this piece, was that the fact is, virtually the only thing standing between us and total animal liberation are lies. This is a good thing, actually.
Today, just for you, darling flock, I am sharing my speech, in its entirety. I should add that my partner, compatriot, and muse — Mariann — helped me shape this piece, and I feel pretty confident that it encapsulates a lot of how our feelings about the state of animal activism, and the state of the industry, have evolved lately. I look forward, as always, to your comments.
xo jasmin #PRIVATE#
*** 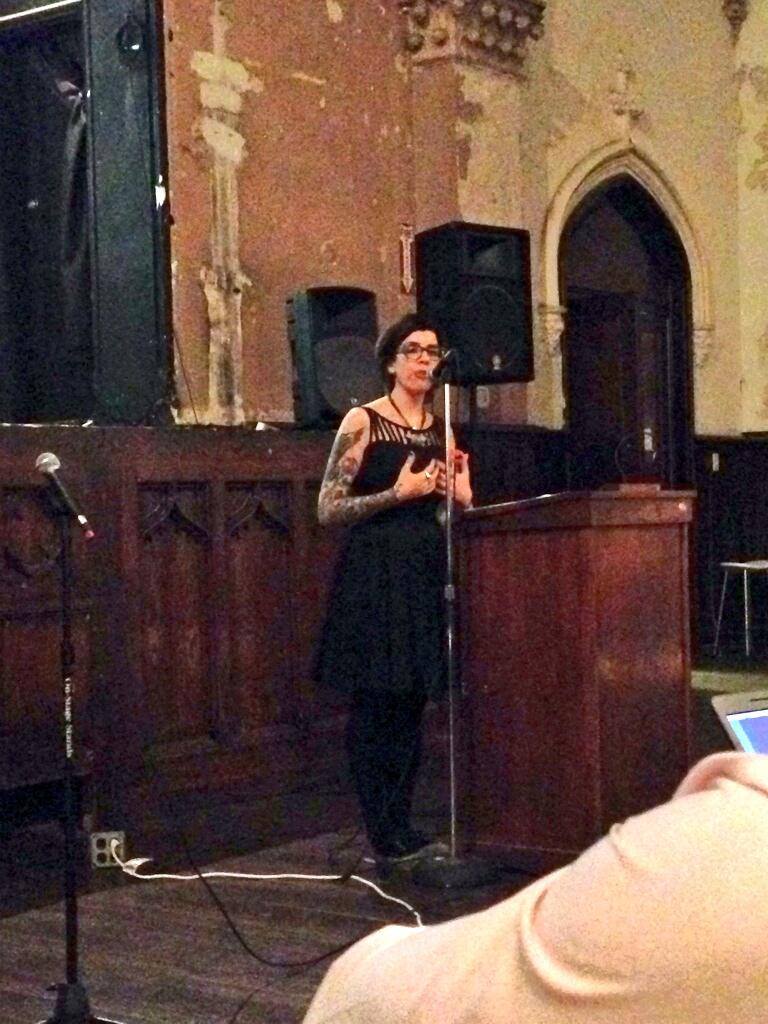 Thanks for tweeting this photo, @GotVegan!

Referring to farm animals as a “who” and not a “what” or “it” is a popular activist tactic that’s, unfortunately, nothing new. By changing the way animals are referenced, activist groups help to further reinforce any comparisons consumers may make between their pets and barnyard animals — an extremely effective tactic in a country where more people have pets than children.
[…] At the June Animal Rights National Conference, noted activist speakers told attendees that chickens have the foresight to see into their future and that fish have the power to self-actualize.
[…] These types of comparisons ignore a simple reality: if you make the choice to survive, other things have to die. Whether you eat alfalfa or chicken — everyone and everything has to eat. Humans, since the dawn of the hominid, have made the conscious decision to survive at the detriment of other living things.

Seriously, that’s all she’s got? Do you have any doubt that we are winning when that’s the industry’s argument? “We have to eat?”
Another recent favorite — the incident involving famed vegan comedian Myq Kaplan’s joke making fun of vegans. Have you heard about it? The joke (again, from a vegan comedian) goes, “Vegans live 15 years longer because they aren’t invited anywhere fun or dangerous. Instead they stay at home crying and drinking, being careful not to cry into the drink because tears are a product of animal suffering.” (It’s much funnier when Myq says it.)
But anyway, did you also hear about the Canadian butcher shop that stole that joke and put it in their window, without any attribution, just like they wrote it themselves, and then the whole thing went viral?
What can we learn from this? First of all, meat-eaters have to steal jokes from vegans ‘cause they’re too slow-witted to write their own. But more important — even in heavily meat-eating societies, butcher shops feel the need to make fun of vegans. And when they do, meat-eating bloggers and tweeters can’t wait to pass it on.
We’re getting to them, folks. As Gandhi is quoted as saying, “First they ignore you, then they laugh at you, then they fight you, then you win.” They’re well past ignoring. They’re trying to laugh at us but they have to steal our jokes to do it. And the only thing they’ve got to fight us with is lies.
Recently, Jon and Vegan Outreach experienced some Rising Anxieties on the part of the industry when animal ag industry spokesperson Dan Murphy wrote a series of absolutely outraged columns about how Vegan Outreach was clearly lying on their website because they couldn’t possibly have distributed the number of booklets that they claim to have done. I guess they’re so used to lying, they figure we are too.
They just don’t get it, but maybe they are starting to, and that’s why they’re so anxious. We are smart, we’re committed, we’re everywhere, and we are never giving up.

“She was an animal person before there was such a thing as...