Flock Only: Why We Should Never Say “Not In My Lifetime…” (Plus a Bonus Giveaway: “Comfortably Yum” by Allison Rivers Samson) 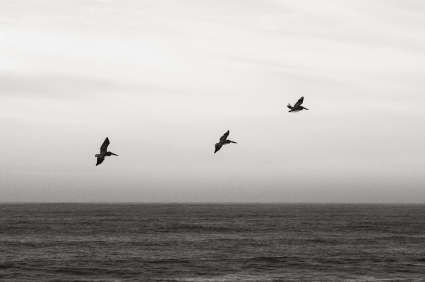 Dear Flock,
“Not in my lifetime…”
How many times have you heard people say this when it comes to changing the world for animals? Animal activists say it all the time.
I’ve done it myself. I’ve uttered those words countless times while patting myself on the back for working on this issue even though I’ll never see the fruits of my labor (or so I’ve said). Or, more generously, maybe I was just steeling myself for the inevitable failures I’d face along the way, and reminding myself that I would never quit, because the stakes are too high, and because, ultimately, the world will see the truth. #PRIVATE#
While I understand the impulse that got me to think this way, I have come to think it’s nuts. Personally, even given where we are right now, I see no reason that we can’t see drastic change in my lifetime (and there’s a very good chance that I’m considerably older than you are, so there’s an even better chance for you). All the pieces are moving into place for an enormous shift in how we feed ourselves. People, most of whom care about animals a lot, are starting to become aware of what’s happening to animals, and of the environmental devastation. The alternative products, like Beyond Eggs, are moving out of the niche market and into the mainstream. And our rapidly increasing human population, along with the climate change that has now become inevitable, is making the need to find more efficient ways of producing food more and more desperate.
So there’s no reason to believe that major change won’t happen in my, or your, lifetime. And I have come to think that we do the animals and ourselves a tremendous disservice when we say anything else.
For one thing, when I would say “not in my lifetime,” I was giving people an excuse. We all know that when most people find out what’s going on with animals, they feel really bad about it, but then immediately start to search for the way out – a way that they can avoid doing anything about it and still feel OK about themselves. There are lots of mind tricks that people play with themselves – one of them is rationalizing that it’s hopeless. They think, “Maybe future generations will figure out how to get out of the death machine we’ve created, but for me, here and now, there’s no point in even trying.”
Others don’t even get that far. They just want to be on the winning team. Why would I think that actually telling them that their team wasn’t going to win until after they’re dead, was a good marketing strategy? They hear that, and it’s over for them. Before it even started.
And it’s not only that most people don’t want to be losers. When I carelessly proclaimed, “Not in my lifetime,” the thing that I was taking away from them was a viable vision for the future – their future. Everyone needs a vision to work toward. The “humane meat” movement is very good at giving people a vision. It looks like a sweet, old-fashioned farmyard, with happy pigs and chickens. Basically, it’s most people’s idea of a past that never really existed. It’s bucolic. It’s wholesome. People love that shit.
OK, it’s a problem that the whole “humane” movement is nonsensical. And, aside from the fact that it is full of cruelty that doesn’t get into the pretty pictures or the stories – with a world population of seven billion heading rapidly toward nine billion – that kind of farming wouldn’t come close to being able to feed people. But it’s CUTE! And people are scared of the future, so it only makes sense that they would look to an idealized past. To something cute.
So what I want to come up with are ways to give people an even more beautiful vision. This vision obviously has to include abundant, easy, delicious food. We vegans are doing pretty well on that. But this vision has to include so much more. We can’t just talk about getting rid of the horror. What are we getting in exchange? No abstractions here. What does it actually look like? It has to include gardens, and beauty, and – yes – cuteness. It definitely has to include animals – people want a relationship with furry, four-footed critters. How can we convey that they’ll see animals, and appreciate animals, in a different way if they stop eating them? This vision – our vision – has to be somewhere you want to live. And it has to be somewhere that people are going to get to live in in their lifetime.
We need to market the idea (which has the virtue of being true) that changing the world for animals is going to make people’s lives not just better, but beautiful, in so many ways. Because, inevitably, there will be hardships along the way. We all know that. People are going to have to stand out from the crowd to do it, to embrace this new vision, to make it a reality. People are going to have to take sides. They’re going to have to enter a debate. What is the point in telling them that they’re going to lose? What is the point in telling them that they themselves will never get to live in a better world?
Here’s hoping –
Mariann 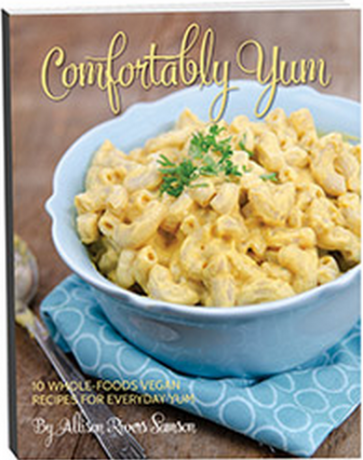 P.S. Jasmin just reminded me that today’s flock letter is supposed to include an exclusive giveaway, just for you, of Allison Rivers Samson’s new e-cookbook, Comfortably Yum, which – let me tell you – makes those of you reading this some lucky chickens, because we have a copy of this book, and it is superb. In fact, on tomorrow’s podcast – Episode #217 – the guys over at Vegan Mos (Ethan Ciment and Michael Suchman) will be giving us their expert take on Comfortably Yum (the proceeds of which partially benefit Animal Place), and – well, here’s a spoiler – the vegan tuna melt might just leave you in tears of joy.
So, to enter to win: Email contest [at] ourhenhouse [dot] org before Midnight on Friday, March 14, 2014, make the subject line of your email “Flock Giveaway: Comfortably Yum,” and on March 15, we will randomly select a winner from the flock – and that lucky person will get his or her vegan tuna melt on. Heat up your griddles, and good luck.

Episode 217: “An activist is someone who cannot help but fight for something. So much so that he or she is compelled by some internal moral engine to act to make it better.”