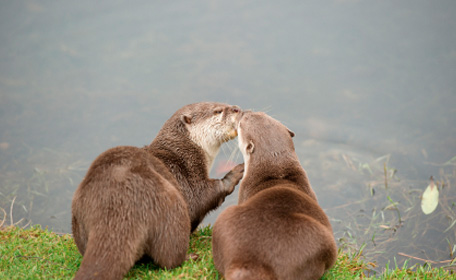 You might recall that we recently introduced a “Why?” section to our website, which offers a brief review of the issues underlying our work. Our Hen House’s goal is to help those who want to change the world for animals by providing resources for anyone to use to get involved, no matter what their avenue of expression. In aid of that goal, we also, from time to time, highlight specific issues — by providing more information about a particular form of animal exploitation, and resources on how we, as changemakers, can get involved in ending cruelty to animals.

The work of the Association for the Protection of Fur-Bearing Animals, a Canada-based non-profit that has been working to end the commercial fur trade since 1944, is inspiring. Lesley Fox, the Association’s Executive Director, agreed to shed light on two particular subsets of this horrendous industry — specifically, trapping, and the dog and cat fur trade — and provide us with further resources, including some for teachers and students, for how we can each do our part to advocate for fur-bearing animals.

***
Our Hen House: I know that the Association for the Protection of Fur-Bearing Animals works on many campaigns aiming to ban the cruel fur industry. First, let’s focus on trapping, since it’s a subset of the fur industry that not too many people know about. 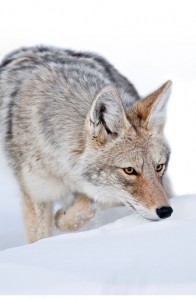 Lesley Fox: About 80% of all global fur production comes from fur farms, where animals are raised and killed for their fur. The other 20% of global fur products comes from animals that were trapped in the wild. These animals include beavers, muskrats, otters, minks, coyotes, wolves, lynx, and bobcats. Each year in North America, approximately 7-8 million animals are trapped for their fur. These traps include the Conibear, Leg-hold and snare traps.

OHH: How does trapping affect beavers in particular?

LF: Poor beavers. While the majority of states and provinces have a “trapping season,” usually from mid-October through the end of March, beavers are often killed year-round. Everywhere and anywhere. Many municipalities contract trappers to kill so-called “nuisance beavers” because their dams may be contributing to the flooding of roads, farms or other developments.

What is so frustrating is that there are many non-lethal alternatives available to prevent potential flooding. But many cities just take the easy way out, and the public is in the dark.

OHH: What are the goals of your anti-trapping campaign? 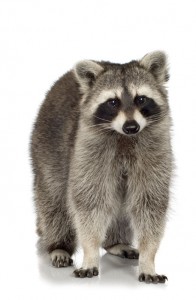 LF: The main goals of our anti-trapping campaign are to expose trapping cruelty and to push for legislative change.

What enables us to do this effectively [check out some of their recent victories] is that our Association has hours of film footage that was taken by a licensed trapper, during trapping season on a trap line in the province of Alberta. Years ago, shortly before he retired, this man gave us all of these videos to distribute all over the world. Perhaps the guilt got to him? I don’t know.

The immense suffering in these videos compels me to share it with the world. To use it as a teaching tool, and shout from the rooftops that this is cruelty we can stop! 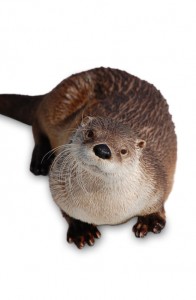 OHH: Many people have heard about the myths of “humane trapping.” Can you debunk some of those myths for us?

LF: Humane trapping? What a farce.

Despite some small cosmetic changes, leg-hold traps, snares, and Conibear traps remain legal across Canada. In the U.S., laws differ slightly from state to state, but of course you can count on some kind of loophole where it is acceptable to use these horrific traps.

Bottom line: The term “humane” is meaningless, and fur-bearing animals continue to suffer and die in traps for a needless luxury product — fur.

OHH: Your organization is based in Canada, where it is legal to import and sell dog and cat fur. Thankfully, groups like The Association for the Protection of Fur-Bearing Animals are campaigning to end this. Tell us about the dog and cat fur trade, and your efforts to end that horror. 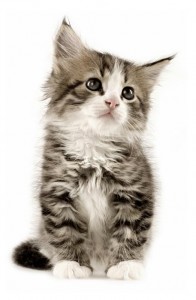 As if fur farms or trapping weren’t bad enough, Canada allows the trade of dog and cat fur. Each year, an estimated 2 million dogs and cats are brutally slaughtered for their fur in Asia. Their skins are used to make coats, toys, hats and figurines. Countries including the USA and European Union have all banned dog and cat fur, but sadly, Canada remains behind the times.

While you’d think a campaign to ban dog and cat fur would surely end in an instant victory, that hasn’t been the case. Canada’s government has been very clear; they have no intention of banning the import of dog and cat fur from China, because Canada relies on China to buy our seal pelts. In a nutshell, we trade one cruelty for another, and it’s all about keeping that trade going. Our Association is very active with this campaign, and we’ve been pushing hard for legislative change. While we do have some sympathetic ears, there is still a ways to go.

OHH: What kinds of ways can people get involved with the anti-trapping campaign?

LF: As activists, I think many of us think that the fur issue is a no-brainer, but there is a whole new generation that hasn’t yet been exposed to the anti-fur message. Much work still needs to be done.

Our Association makes it easy for people to help spread the word.  Joining us on Facebook and Twitter can help us make the anti-fur message viral. We also have stickers, brochures, postcards, buttons, and other free stuff that we can send out to activists for protests, presentations or displays. Just send me an email at lesley[at]furbearerdefenders.com and we’ll be happy to support your anti-fur efforts! 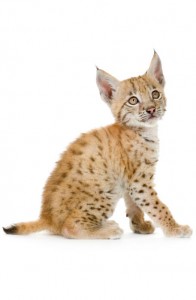 OHH: I am impressed with your website, particularly the resources section, which not only includes fact sheets that can be of use to anyone, but also includes ways that people can get involved. I love that you offer school presentations for both students and teachers to use, aimed at thinking critically and challenging the current animal welfare standards of the fur industry, and shedding light on its environmental impact. I appreciate the encouragement that you offer to activists to use our voices to speak the truth about what’s happening behind closed doors. As you point out, it is up to us — no one else — to speak for those who can’t. It’s the only way we’ll change the world for animals. Thank you for your relentless campaigning, and for your commitment to ending animal cruelty.

Learn more about ways you can help put an end to fur cruelty by visiting The Association for the Protection of Fur-Bearing Animals.

Photos: The Association for the Protection of Fur-Bearing Animals