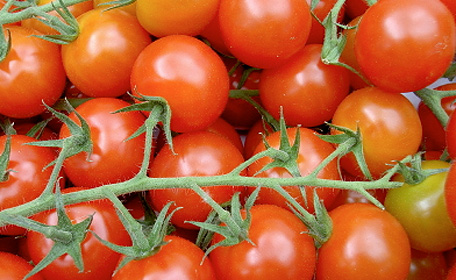 Happy Tofurky Day! Assuming you are reading this as soon as it posts (and obviously you all run to your computer each morning just to see what we hens have to say), I am likely in the process running in the Tofurky Trot, an event which is not only raising awareness about the plight of turkeys this Thanksgiving (and always) — and the deliciousness that comes with having a compassionate vegan Thanksgiving — but it is also raising funds for the vegan food truck, The Cinnamon Snail, which is hosting regular vegan feed-ins for the victims of Hurricane Sandy, many of whom are still destitute. (The Cinnamon Snail owner, Adam Sobel, joined us last week on our podcast to discuss the relief efforts.) As I chatted about when I announced the fundraiser — which, excitingly, we are helping to throw together — the holiday season (like all other seasons) is a perfect one to donate vegan food to your local food bank. (As part of the Tofurky Trot, we’re asking folks to bring along some canned vegan food, which we will then donate.) 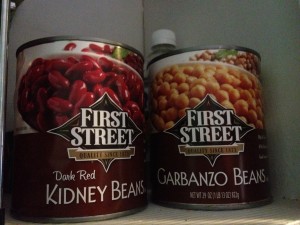 To that end, I was thrilled to receive my recent e-newsletter from the Food Empowerment Project (FEP), which has created “a handy guide to assist you with food donations this holiday season.” Entitled Donating Food Takes Thought, this short but vital resource — which was created with the help of Erlinda Yanez — includes advice for the well-intentioned advocate with a well-stocked cupboard, who wants to get in that holiday spirit and help feed the hungry. According to FEP:

As you expect from us, we wanted to help those of you who believe donating food is something more than a symbolic gesture of goodwill, since many of you want to make sure your donation helps those most in need and, at the same time, stays within your values.

Advice ranges from checking with local food banks to find out who uses their services (“In San Jose,” explains FEP, “we found out that many participants in our focus groups did not rely on food stamps, but they did rely on the local food bank…”); find out if the food bank has refrigeration (most don’t); find out if they take glass jars or only cans; and — due to its ethical implications — avoid donating products which contain palm oil.
Once again, FEP has created an invaluable resource for “giving good.” (Admittedly, their approved list of slavery-free, fair-trade chocolate is a bookmark on my browser, which perhaps tells you a little too much about my food habits. But hey, I deserve it — I’m trotting for Tofurkys!)

Episode 18 of the Our Hen House TV Show is Now Viewable...