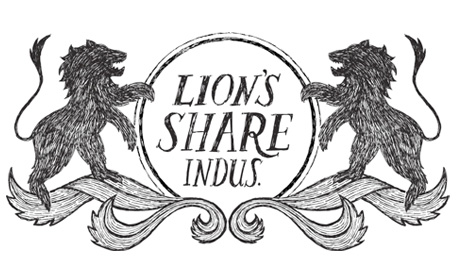 When I shop, there’s no greater feeling than knowing I’m supporting vegan businesses. (Or thrift stores, but that’s another post altogether.) Combine that with my passion for artistic compassion (the core of our Art of the Animal series) and you’ve got one happy — and stylish — customer.

Enter Lion’s Share Industries, a new t-shirt company launching in Seattle featuring vegan-designed, ethically-sourced t-shirts. According to the co-founder, Anika Lehde (yes, Anika Lehde from the aforeblogged Vegan Score), “Each series of shirts will be designed around a theme and produced in limited quantity (200 or less of each). For Series One, we have five artists and the theme is Flight. The idea behind the project is to 1. support vegan artists 2. make more fashionable t-shirts 3. give $ (15% of the profits will go to a non-profit as voted on by the artists), and 4. make shirts that allow vegans to lead by example (but aren’t designed to make an argument).” Stay tuned to their website for updates on the shirts. (We’ll also follow these vegan entrepreneurs right here on Our Hen House.)

Furthermore, if you’re in Seattle, you’re in for a real treat. On July 2, there will be a launch event for Lion’s Share Industries celebrating Series One of their vegan t-shirts. Said Anika, “Our goal was to create a project to showcase artists’ works in conjunction with fashion that interests us. To get to launch the company and Series One at a location like Flatcolor, is icing in the cake. Also, we like a good party.”