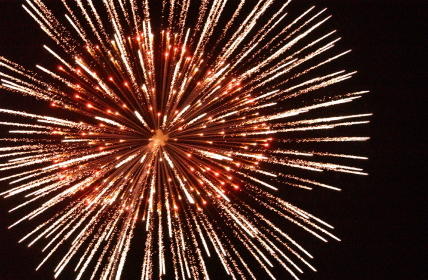 I love “Me and Bobby McGee.” In fact, it’s one of my few karaoke songs. (Apologies to Janis. I truly am sorry.) And I’ve always been intrigued by the iconic line, “Freedom’s just another word for nothin’ left to lose.” “Freedom” is such a precious word for Americans, especially on the Fourth, but that line is a reminder that it gets thrown around in ways that make me think we don’t actually think about it very much. And when you do think about it, it’s complicated. To be free of all ties and obligations truly is to have nothing left to lose. Clearly, there is no such thing as ultimate freedom, but merely degrees of freedom. Where those lines are drawn vis a vis the government are the subject of much controversy, but I don’t think even the most eager Tea Party enthusiast would strip all the power from the government to curtail our behavior. #PRIVATE#
And it’s not just governments. Every child born into a family knows what it’s like to not be free. And so do their parents. A lot of people take on yokes (get it?) that deeply curtail their freedom, religions being one major source of those. And who is really “free” when it comes to their job? They are free to quit, but then they will just have to get another job. Fundamentally, different people are willing to settle for different degrees of freedom and still think of themselves as free. Though, obviously, there is a bottom line, at least as far as governments are concerned. Today is a good day to think about where that line should be drawn, and where it is drawn, for ourselves and for others.
I think that our love of the concept of freedom, and our confusion as to what it means, is one of the reasons people get so caught up in wondering what would happen to all the animals if we stopped eating them, imagining them wandering the streets, hungry and potentially dangerous. For most people, the end result of revolution is “freedom,” and for animals that means no ties to humans. Since the cows and pigs and chickens we eat are domesticated, and since there are billions and billions of them alive at any one time, that concept of freedom just doesn’t work. In fact, when a few of these animals do achieve freedom, such as feral pigs have done, humans just want to wipe them out as non-native species.
Of course, for anyone who has given this some thought for more than a few seconds (which does not include most of the population), the end result of this revolution that we are working toward isn’t to set chickens free to wander the streets of our cities. The end result is that all of these billions of animals who are born every year would never be born. They would never suffer their short lives. They would never be slaughtered. As far as the ones who are currently in the system, we have no real hope of getting them out, other than the very few who end up in sanctuaries. I guess if the whole world went vegan at the same moment, presumably the change of heart that caused all that veganism would lead to a solution as to what to do with the animals. But the fact is that, even if we win, that win will be gradual, the price of flesh will drop, fewer animals will be bred, and the ones in place will be slaughtered and then not replaced. The bottom line is that most of the animals we’re fighting for will either never be saved, or will never be born.
So maybe “freedom” isn’t the right rallying cry when it comes to animals. For wild animals, certainly, it would be nice if we could get to a place where they were free of human interference, but given burgeoning human population, not to mention imminent climate change, that’s not likely to happen. In addition to giving them some sort of freedom, we’re going to have to help them exist in a world that we have altered, and will continue to alter, beyond all understanding. At best, they will have to be managed.
And maybe chickens, cows and pigs will be managed as well. Maybe, once the world has gone vegan, we will continue to have places where a few of these animals live, and thrive.
But if the rallying cry for animals isn’t freedom, what is it? Love? Justice? Can we be trusted with those words?

Episode 234: “Freedom is the right to tell people what they do not want to hear.”