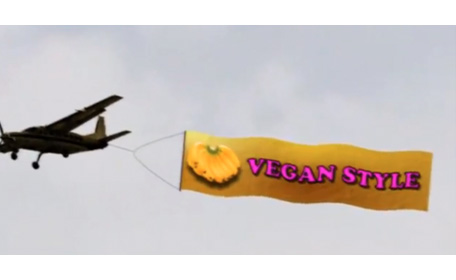 I almost don’t want to admit that I was apparently the 653,323,322nd person to watch the insanely popular “Gangnam Style” video. But I missed the memo somehow, so forgive me for being late to the party. And what a party it is. To date, this is YouTube’s second most-watched video (next to — and what does this say about our society? — Justin Bieber). 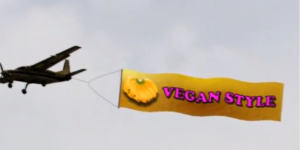 More excitingly, however, was the fact that I was the 247,312th person to watch the “Vegan Style” parody of it, produced and directed by Hen Perezz (whose name I would like to steal, and fast). This creative off-shoot not only jumps onto the “Gangnam Style” parody bandwagon (there are countless parodies circulating the internet machine), but it does so in a sexy, humorous, engaging, musical, and relevant way. I don’t have enough thumbs to “Like” this enough times on Facebook, and there aren’t enough exclamation points on my computer’s hard drive to properly convey my enthusiasm for creating fun, light, yet imperative vegan-themed multimedia like this.
It reminds me of when OHH reviewer and board member, Ari Solomon, created an Internet sensation with his socially-conscious parody, “Shit Vegans Say.”