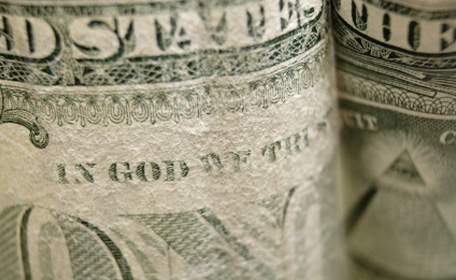 There is an event coming up in Buffalo, New York, that I simply cannot ignore. Animal advocate Danielle Legg is having the veg-curious Get Paid to Get Full. On June 6 at 6 p.m., Buffalo’s The Screening Room will open its doors, and the first 40 non-vegetarians will get paid $5 — the regular cost of admission — to attend a unique awareness-raiser. Attendees will be treated to a screening of the film, Fowl Play (a documentary that exposes the harsh realities of the egg industry), followed by a catered vegan meal courtesy of The Eights Bistro and Minty Wellness.

According to Danielle’s blog, “… the whole purpose of this event is to dispel any myths, and to discuss misunderstandings that you may have about vegans, vegan food, and where food comes from. This is an event to encourage folks to simply think about the products they buy, to enjoy some amazing food, and to share laughs, not to force any ideologies on you. This will be a judgment free zone….”

The idea of paying the general public to learn about animal rights is one that we first heard about when activist Gary Loewenthal organized a “Pay-Per-View” booth at a county fair, paying people a dollar to watch factory farming footage in a viewing booth. He talked about this creative undertaking on an early episode of our podcast. Gary’s campaign was funded by VegFund, and according to Gary, was a remarkable success in opening people’s eyes to the plight of farmed animals.

In the case of the Buffalo screening and dinner, it’s bound to be a fun, supportive, community-building event where not-yet-vegans can not only learn about animal agriculture, but will be given a safe space to ask questions afterward. Though veganism should be an obvious moral imperative to anyone with half a brain, sometimes — well, usually — we need to go a little deeper with our advocacy before we inspire new vegans. Simply proclaiming that “MEAT IS MURDER!” usually doesn’t, in and of itself, do the job. Fowl Play certainly has the ability to change hearts and minds, and I’m not sure how many people would willingly sit down and watch it by themselves. And certainly the delicious vegan grub after the film can seal the deal.

It was footage of factory farming that ultimately resulted in my veganism 8 years ago. Though I had been a long-time vegetarian, clearly I needed to see it to believe it. And I didn’t even get paid (though, since I was a starving actor, I would’ve happily accepted the token). Based on giving out $5 to 40 non-vegetarians, the organizers of this event are looking at distributing $200 for the evening — a very small price to pay when you consider the amount of lives that can be saved if just one of those 40 people adopts a vegan lifestyle.

Week in a Weekend