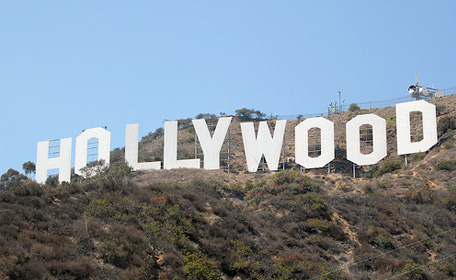 I am hesitant to announce this, mainly because I find it annoying. But as much as I don’t want it to be the case, we have learned first hand that blogs and videos get far more hits when a celebrity is mentioned or featured (particularly in the title). This was something I originally learned from my buddy, Michael Parrish DuDell (of Ecorazzi, a website that has mastered the art of exploiting — I mean highlighting — celebrities).

Personal pet peeves aside, the truth is, if jumping on the pop culture bandwagon from time to time will result in more traffic for that blog that talks all about veganism (so many ways to tie that into celebrities, since folks like Ellen DeGeneres and Emily Deschanel, as well as a tofu-load more, are vegan); or discussing that new undercover investigation (which Alec Baldwin has been vocal about), then so be it. Obviously this is easier to do when your website’s purpose is to highlight pop culture trends. For Our Hen House, since our primary goal is to become a virtual place for animal advocacy, it can be a bit more challenging. That said, if you saw our analytics, you’d also shake your head in disbelief: the times we do highlight celebrities (like this interview with Moby), the hits just keep on coming …

If you’re still reading this and you haven’t yet proclaimed “THEY INTERVIEWED MOBY?” and clicked to that page, here’s my last bit of advice with this: Make it relevant. Don’t exploit for the sake of exploitation. (Wow, there’s a quoteable.) Ask yourself: Is there a way I can make my point while still throwing in that Ginnifer Goodwin quote? Will it distract from the point or will it lend itself to the point?

You might remember that I recently made a video for the Mayor’s Alliance for NYC’s Animals, covering their Adoptapalooza event. After discussing the video with the Mayor’s Alliance’s press guru, we decided that I should go in and make another video, this time highlighting the two celebrities — Tinsley Mortimer and Maria Sansone — who generously showed up to support the Mayor’s Alliance and judge the “Pet Costume Contest.” The video is just one minute long (the shorter the video, the more traffic it will receive) and will help drive Tinsley and Maria fans to the Mayor’s Alliance. So there you go: exploitation at its finest.

Tinsley Mortimer and Maria Sansone at the Mayor’s Alliance’s Adoptapalooza from jasmin singer on Vimeo.

Photo: Used with permission by the Creative Commons License.

Episode 22: “… committed in the name of rebellion.”